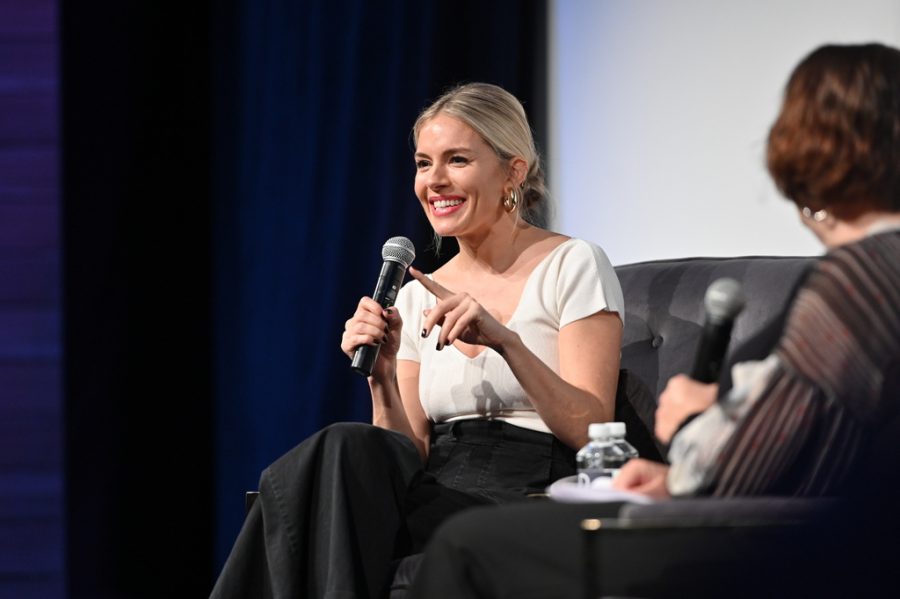 Who runs the world? Girls. Refinery 29 presented their latest shatterbox series of short films, partnering with Level Forward, during the 2019 SCAD Film Festival. The films were all written and directed by women.

The SCAD Film Festival was in full swing and featured many films, lectures, red carpet opportunities and Q & A sessions from industry professionals in the film and creative world.

After the screenings, writers, directors and producers of the films talked with the President of Refinery 29 and the audience regarding themes and inspirations of the films.

Each film professional gave insights about their respective films.

“Human Terrain” was based on a play. The director was raised during the Iraq war and wanted to turn the play into a movie to spark conversation.

“Girl Callin’” was essentially an imagining of two friends finding a bag of marijuana on a road trip, versus a hitman on the road for the first time.

“‘Doretha’s Blues’ is interesting because I feel like when you see the police shootings over and over again… the short [film] was my way of grieving. [People] are always concerned about the people that are left behind…. but it’s [about] the people that it stays with,” said Director and Writer, Channing Godfrey Peoples.

“Jack and Jo Don’t Want to Die” was born from the idea of “‘if you could put your pain on hold, would you?’ Jack has an escapist personality, [for] Jo it would be a good thing to come back and have a shot at life. [The film] examines what happens when they talk and have an effect on each other… I made ‘Jack and Jo’ because I am Jack. When I’m in pain I just want to go away and not go through. So, I wanted to make a movie as an ode to not doing that. Pain in certain cases can feel like it’s your whole world and looking at it through someone else’s eyes can help you move forward, ” explained Director, Kantú Lentz.

“White Echo” was about “friendship and female power and understanding your own power and how you choose to use it. [The film] explores freedom to express yourself and having this group of people let you be vulnerable and be who you are without judgement,” said Producer Lizzie Nastro.

Generally, the main theme of the films together were about human connection and that love is the answer. After the screening and interviews, the group offered advice for creatives and filmmakers alike. It is compiled below.

Advice for the Aspiring Creative Person
“Be true to your vision regardless if at the time people would oppose it. Tenacity goes a long way.”

“Throw any sense of imposter syndrome out the door now. Everyone is kind of just figuring it out no matter how many years of experience you have. Take up space. If you’re lucky enough to be on set and making something, you’re exactly where you need to be.”

“Make choices that feel authentic. Choose what is and what is not in the frame.”

“Speak from your heart and that sounds cliched, but I write from inside out. Continue to be students. Learn something new. Masters are students until the day they die.”

“Don’t get discouraged if the final product is not that spark or image you see in your head. So much of making art is that’s the fun of it. It’s not a reflection of your talent or your worth of being there. It gets better with every single thing you make.”

“Conviction and believing that your story should be told.”

“Stick to telling the story that you want to tell from the beginning.”