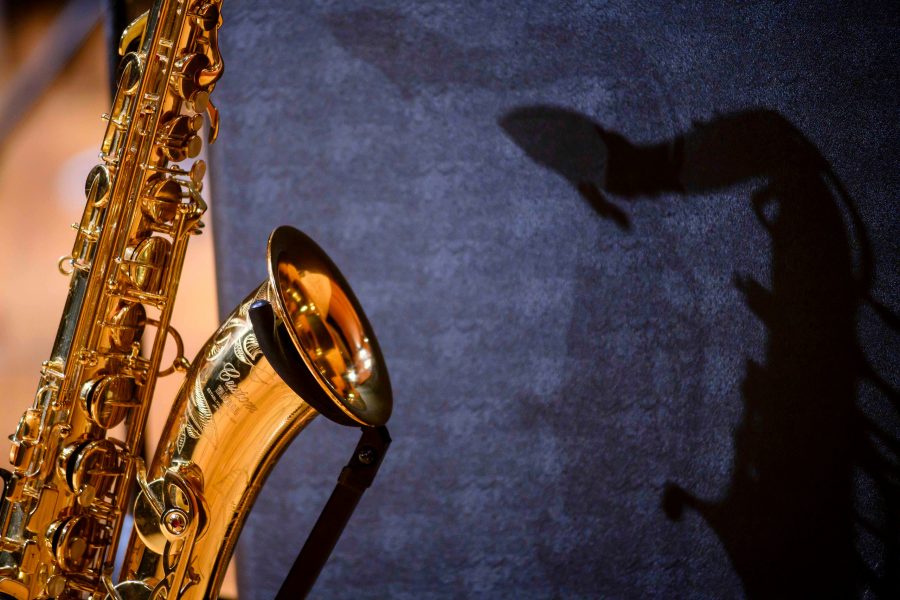 A few students said they came out to support their friends.

“My friend is in the ensemble,” Bryan Bell said.

“We’re in percussion ensemble and we love to come out and see other groups play,” Erikah Spriggs said.

Other students attended the event because they could get credit for their respective classes.

“Honestly, it was just for my music appreciation class,” Abbey Peek said.

“I’m here because of a class,” Kado Dang said.

The first two pieces “Have You Heard” and “Every Summer Night” were released on Metheny’s album “Letters from Home” in 1989.

For these two pieces, DeRienzo played the flute and Lukin played the piano.

“Every Summer Night” started out with an ominous tune that one might hear at the beginning of a scary scene in a movie, then the music picked up into a more upbeat tune. The song switched back and forth between those two moods for the rest of the song.

“‘Last Train Home’ is used in multiple TV commercials,” Sweeney said when he introduced the piece.

During “Last Train Home,” Lukin played the vibes while DeRienzo played the piano.

Then, the music slowed down a bit with a piece from Metheny’s “Secret Story” album from 1992 called “Always and Forever.”

“For the last piece, we’ll be welcoming Dr. Primatic to the stage,” Sweeney said as the musicians prepared to play “Minuano (Six- Eight),” which was also from the album “Still Life (Talking).”

When the concert concluded, audience members spoke highly of the performance.

“I know nothing of jazz music, but I thought it was really good,” Hannah Davis said.

“It’s great that there are so many talented musicians at our school,” Olivia O’Driscoll said.