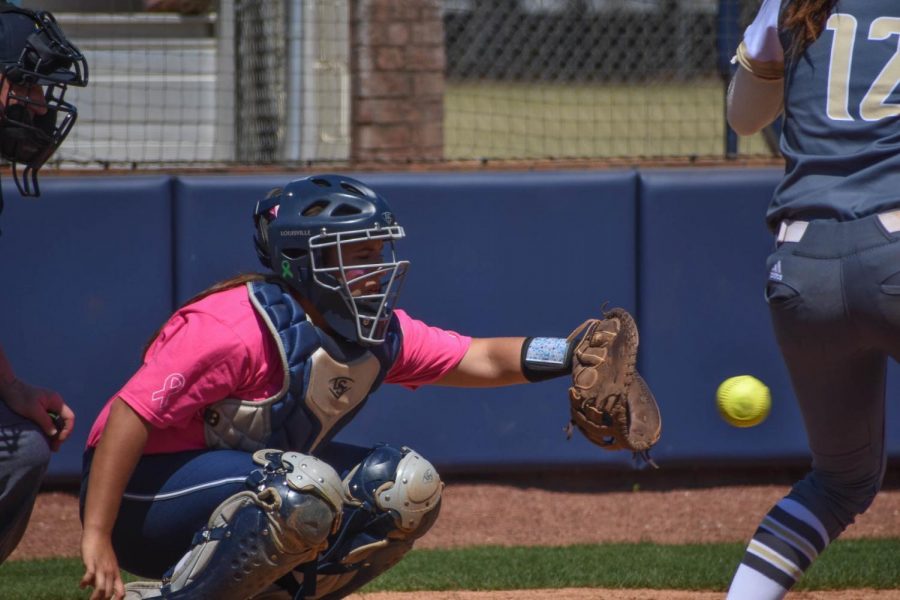 The Georgia Southern softball team will begin their season on Feb. 8 on Eagle Field against UT Martin. With a roster of new freshmen and several transfers, the team has been focusing on intercommunication and team unity.

Last season, GS went 28-25 and 12-15 in the conference. They lost in the first round of the Sun Belt Championships to South Alabama in a close 3-2 game and ended the season as the seventh seed.

This offseason, the team worked on building team chemistry and stronger communication skills. They have been closely working with graduate student and sports psychologist Ally Claytor to improve the team dynamic off the field.

Senior infielder Hannah Ferrell, one of five remaining seniors, believes that miscommunication was the cause of a few losses last season.

”When one of our teammates is down, we need to pick them up, communicate, and just act like a team,” Ferrell said.

Allyssah Mullis, sophomore catcher, had an outstanding season for a freshman in 2018, and led the team with 11 doubles, nine home runs, and 33 RBI.

“Myself and the other underclassmen have a lot to add to the team,” Mullis said. “I want to improve on getting a better batting average and more hits. The freshmen have assets that we were missing last year, and I believe it will make us more successful.”

Head Coach Kim Dean is entering her second season as the GS softball coach, taking over after the Georgia Southern and Armstrong consolidation.

“This season we want to score a ton of runs, have very solid defense, and we need our pitchers pounding the zone,” Dean said. “We need really good chemistry and communication.”

As a coach, she emphasizes the importance of team culture off the field and how good communication can lead to better results on the field.

“We need to pay attention to who we are as individuals and how we enhance our program as who we are, not just the position we play,” Dean said. “We need everyone doing their job and accepting their role on this team.”

Coach Dean is looking for big seasons out of Ferrell, Shelby Wilson, and Macy Coleman on defense.

This offseason, Dean moved Shelby Wilson to the outfield from first base due to her “flourishing and earning a starting role”.

For this season, GS has added a new megatron and a new press box to Eagle Field. You can catch the softball team in action on Feb. 8 for a double header against UT Martin at 4:30 p.m. and Saint Francis at 7 p.m.