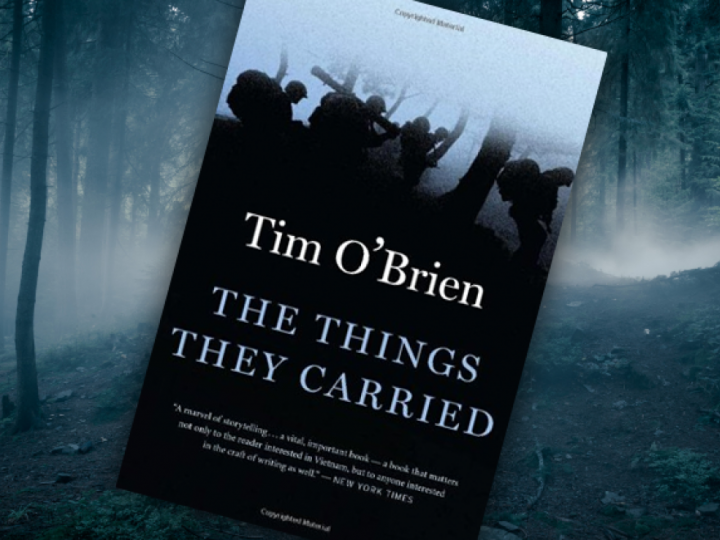 Many Americans and Vietnamese people, especially the soldiers. remember the Vietnam war as nightmare. Memories about the war haunted each soldier’s mind like a ghost that they all want to be rid of.

The soldiers who came back from Vietnam were haunted by those nightmares and a lot of them had to go through therapy to cure the pain, the feelings of guilt for killing others, and the feeling of losing someone they love.

Though having the honor to fight for their country, they are shunned when coming back to their hometown. Trying to forget what happened is what most of the soldiers are trying to do. Some of those feelings and stories have been told by author Tim O’Brien through the book “The Things They Carried.” The book is the compilation of short stories about the Vietnam war from the first person perspective of soldier Tim.

Tim is a soldier that fought in the Vietnam war. Each of the chapters contains a short story not only about his own experiences, but also about other soldier’s experiences, all told from Tim’s perspective. By using the first perspective to tell the stories, readers can feel sympathy for the soldiers who are forced to kill even when they do not want to.

The pain of losing a colleague, the guilty feelings of killing people, the homesickness, and trying to live in the poor conditions are described clearly in detail within the book. Though it is a book of short stories, the stories are connected to each other and contain an ample amount of symbolism about war, blood and killing.

Unfortunately, the book was listed in the “Banned Books” for its vulgar language, sexual content, and violence that was considered “unacceptable for an educational setting” (according to school board members of George County in Mississippi,) despite the protests of teachers and parents.

However, it is a perfect book for readers who want to know the truth about the war and the things that soldiers had to go through during the war. From those experiences, the book delivers an important message about war and peace.