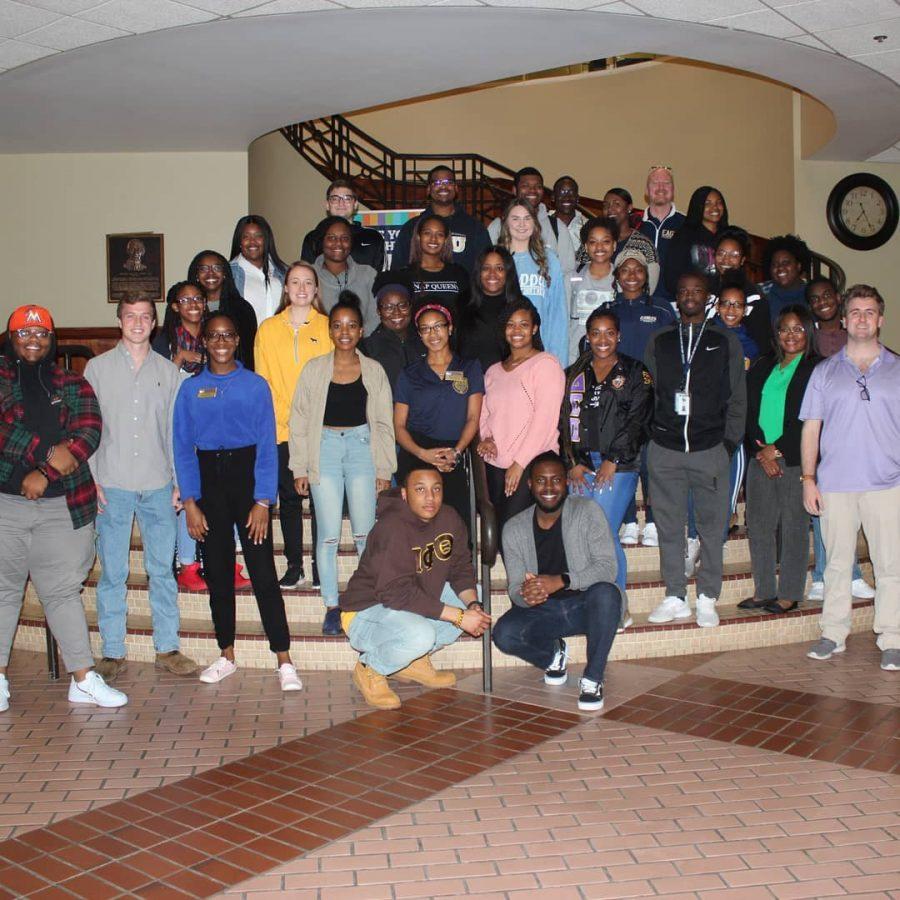 SGA disbanded last semester around April due to conflicts between both senators from each campus. Until these sessions had taken place, there had been no active SGA on either campus.

The session was hosted by Advisor Dr. Gassiot and student Jade Reynolds. After the disbanding of the previous SGA, a small group of students from the Armstrong and Statesboro campus came together in the spring and most of the summer to rewrite the constitution.

SGA has always had an active senate to represent each campus individually. With this new constitution, SGA has decided to have one senate, one meeting time and one agenda that will represent GSU as a whole. SGA will no longer be two separate senates, but one.

During the informational session, Dr. Gassiot went over key elements for interested students wishing to run for any positions in SGA. There were a total of 20 attendees and a total of nine who showed interest in fulfilling these positions.

Dr. Gassiot made it clear that the governing bylaws still need work but is hoping to work more on it when officials are elected.

The session started off with explaining what SGA is and how it has the opportunity to shape university improvements and campus life.

When deciding to run, each candidate must complete the appropriate form of declaring candidacy, must attend at least one mandatory candidate meeting, and cannot currently be on disciplinary probation. This year’s executive positions are also asking that each candidate have some experience or at least a semester of serving in SGA.

There will also be six director positions that consist of Academic Affairs, Student Affairs, Auxiliary Affairs, Alumni Relations, Veteran Affairs and Inclusive Excellence. Each of these directors must meet with their respective administrators and maintain at least six office hours a week. Rather than being voted in, all directors will be elected into their positions.

Oct. 12 was the last day to file for an executive or senate position within the SGA. All eligible candidates should have received feedback within one to two days.

The President and Executive Vice President will have a debate Oct. 20. It has not been stated whether it will be via Zoom or in person as of press time.

After explaining election guidelines, positions and explaining important dates the session was opened for questions.

“Will senate meetings be virtual or in person?,” a student asked. It was determined that the meetings will be virtual, not because of Covid-19 but to make the SGA presence strong and unified so that both campuses voices can be heard.

The senate meetings will take place the first and third Monday of every month. The senate’s first meeting is to take place Nov. 2 at 4:30 P.M. via Zoom.

Dr. Gassiot wrapped up the session by informing students to vote. “As long as you’re enrolled at Georgia Southern you can vote,” he said. Each year a couple of thousand students vote. This year, advisors are hoping the turnout is just as great.

Last year’s SGA at large consisted of 15 people. This year, since SGA has rebranded its organization and is looking to be more unified as one university, they are hoping for an even bigger SGA at large.

Though the meeting was the first preliminary meeting, SGA seems to be on the right track in bringing this organization back for students.

For any more information regarding elections and SGA please reach out to SGA’s advisor Dr. Gassiot at kgassiot@georgiasouthern.edu.