Nothing About Us Without Us: Autistic Students Upset that Autism Speaks U Ignores Them 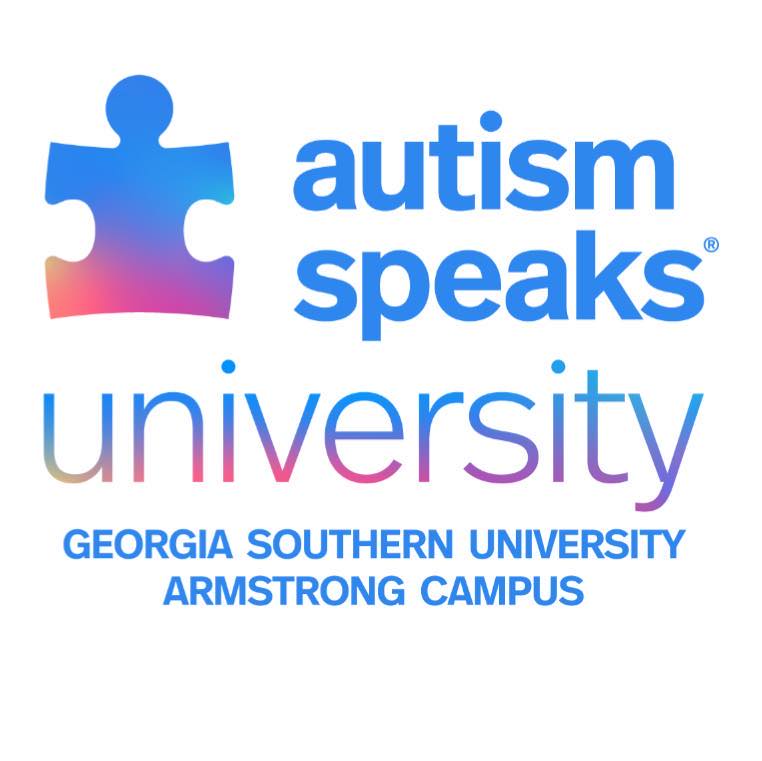 Autism Speaks U is a student organization that has been on campus for about seven years and the main purposes of the organization are awareness, fundraising for Autism Speaks, and advocacy, according to their President, Morgan Evans.

However, two students on the autism spectrum on the Armstrong campus, Brittany Clayboss, a junior in the music program and Nora Cook, a senior, who is double majoring in Writing and Linguistics and Women’s, Gender, and Sexuality Studies, say that Autism Speaks U is more focused on bringing awareness and fundraising for an organization that harms, rather than helps individuals with autism themselves.

“They are claiming to support us, yet won’t listen to us. They are blindly raising money for a harmful organization and ignoring autistic voices,” Clayboss said.

After seeing flyers for the organization around campus, Clayboss went to their first open meeting to see if they were aware of Autism Speaks’ stance on autism and ask what they were doing with the organization.

The official mission statement of Autism Speaks U via their website reads, “Autism Speaks is dedicated to promoting solutions, across the spectrum and throughout the lifespan, for the needs of individuals with autism and their families. We do this through advocacy and support; increasing understanding and acceptance of people with autism; and advancing research into causes and better interventions for autism spectrum disorder and related conditions.”

“I think the problem with advocating for a cure is the idea that something is wrong with us,” Clayboss said. “We’re just living a different life.”

Yet Autism Speaks U ignored the students concerns.

They acted as if they were receptive, but then continued to meet and accept membership dues…They didn’t have an answer to where the money goes,” Clayboss said.

“There is plenty of evidence that they’re still supporting toxic stuff,” Clayboss said.

As recently as 2018, they were supporting a center in Michigan doing shock therapy on Autistic individuals,” Cook said.

After Clayboss provided evidence to the chapter that they are still participating in harmful practices for the autistic community, Autism Speaks U did not respond.

Additionally, Cook and Clayboss raised concerns about the way Autism Speaks raises awareness. There are a lot of things to bring awareness to in the autistic community and Autism Speaks U is not being specific enough, according to Cook. “What do you mean awareness? Awareness about what?” Cook said.

“The issue is [that] it’s continuing this path of ‘About Us Without Us’. It’s perpetuating the myth that we aren’t capable of self-advocacy,” Cook said. Only one board member of Autism Speaks is on the autism spectrum.

Because of what Autism Speaks advocates for, people in the autistic community against Autism Speaks have started to replace the “S” in Speaks with a $ and put trigger and content warnings on the posts about Autism $peaks.

“In the autistic community, we consider it a hate group because when you have a group who has actively harmed people like you and wants to eradicate you and your lifestyle, we don’t have another term for it,” Cook said.

“It’s very hurtful to know that something that has made my life so much more difficult is being used for profit,” Clayboss said.

Cook also emphasizes the importance of organizations asking “How can we help?” and then actually listening for the answer.

Rather than continuing to support Autism Speaks, Cook suggests that people support the Autism Self-Advocacy Network that promotes living with autism and has an entire board of individuals with autism.

Students can visit the Autism Self Advocacy Network website to learn more about what they do, get involved, and find resources for individuals with Autism. 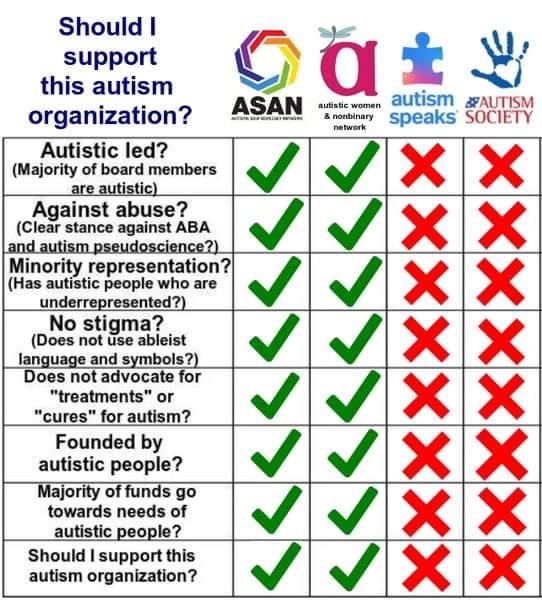