Good, Wholesome Show about a Girl and Her Ghost Band 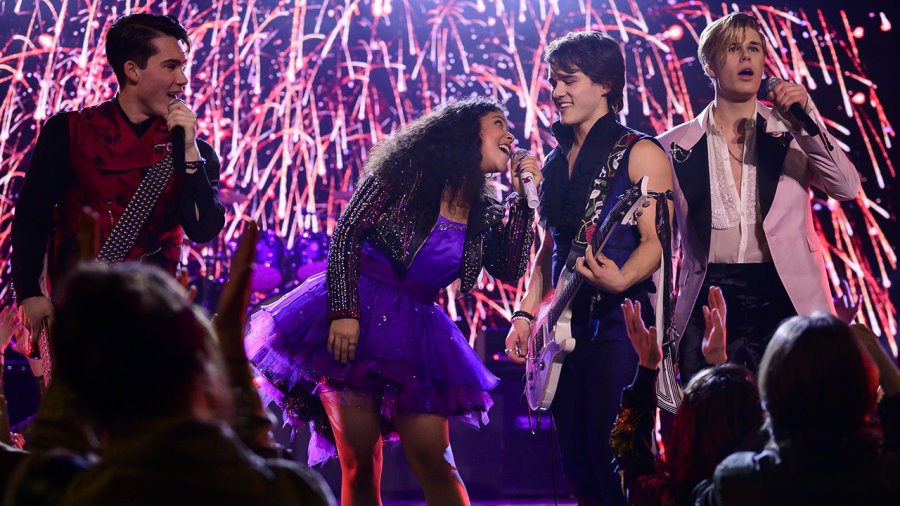 “Julie and the Phantoms” is an American musical comedy-drama Netflix series that was created by Dan Cross and David Hodge. The series is based on the Brazillian television series “Julie e os Fantasmas.”

The Netflix series tells a story about a young teen girl, Julie Molina (Madison Reyes), who has been struggling with the loss of her mother. As she grieves, she becomes disconnected from her passion and talent for music.

When her father, Ray Molina (Carlos Ponce), suggests putting their home on the market to help their family move on from losing their mother, Julie takes on the task of cleaning out the garage — which was also her mother’s studio where the pair used to write music together.

In Julie’s process of going through things from before their family moved into the house, she stumbles upon a CD by a 90’s band, Sunset Curve. As she listens to the CD, loud screams fill the garage and three ghost boys appear. The boys, Luke Patterson (Charlie Gillespie), Alex Mercer (Owen Patrick Joyner), and Reggie Peters (Jeremy Shada), were former members of Sunset Curve.

With the help of the boys, Julie finds her voice and reconnects with her passion for music. Although the boys cannot be seen by other “lifers” or alive people, they find out that the only time the boys can be seen are when they are performing with Julie, which leads them to uniting together as “Julie and the Phantoms.”

If I could give this show 6 out of 5 stars, I would. Not only is the series a good, wholesome American musical comedy-drama, but the plot, the music, and even the casts, are top-notch. I highly recommend adding  “Julie and the Phantoms” to your Netflix watchlist. Overall, 5 out of 5 stars for this fun Netflix series.