Anita Howard’s team struggling in the midst of conference play. 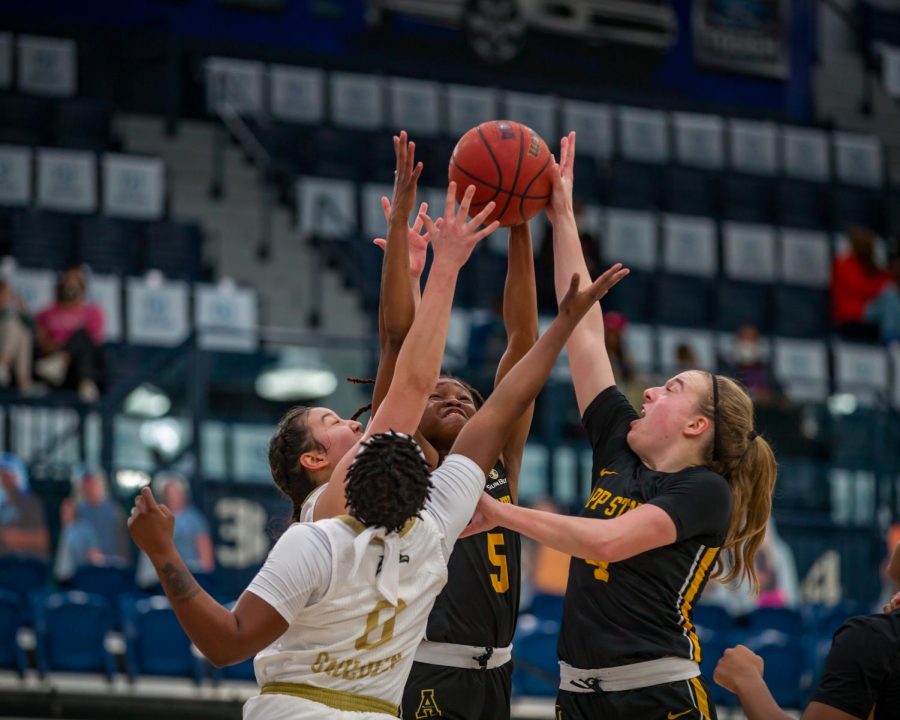 In a season filled with optimism, the Lady Eagles have struggled to put everything together. Through 15 games, Anita Howard’s team sits at 7-8, with a record of 3-5 in Sun Belt Conference play. This record is good enough for fifth in the East division of the Sun Belt.

On offense, the Eagles have been potent. Averaging 75.3 points per game, the Eagles currently rank No. 48 in scoring offense in the entire country.

Senior guard A’Tyanna Gaulden has been the driving force behind the offense as she averages 10.9 points per game.

Another name who has burst into the forefront of the Eagle offense recently is Daeja Holmes. After some early struggles with her efficiency, the freshman guard has averaged 8.3 points while shooting over 50% from three in conference play.

Looking ahead, it seems as if the Eagles are finally finding their form around the midseason. The three-point shooting has improved greatly as the season has progressed.

Once again, A’Tyanna Gaulden is the anchor for the Eagles. Along with being the leading scorer, Gaulden also leads Anita Howard’s team in steals. Shondell Vickers has been a force in the paint as she averages 0.9 blocks per game.

The Lady Eagles have 10 games remaining on the schedule, four of which are against the last place Coastal Carolina Chanticleers.

If the Eagles can continue to improve, Anita Howard’ team could potentially scrape out a winning record, which would be an amazing accomplishment in a season as turbulent as 2020 and 2021 is.