Diversity, Equity, and Inclusion on the GS Campus 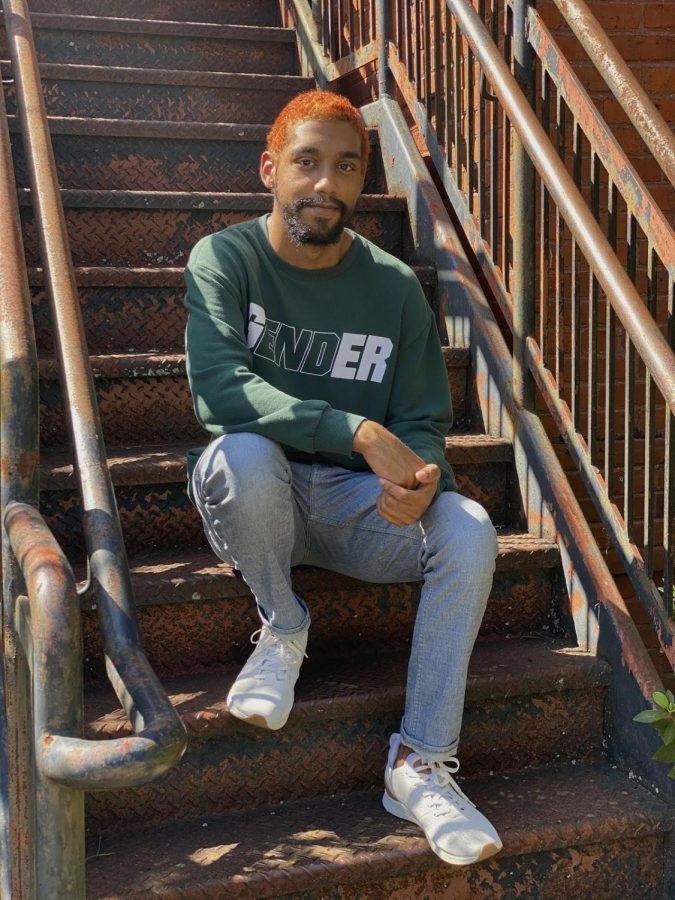 This installment is the first in a series of articles listening to the GS community discuss diversity, equity and inclusion at GS as the university begins implementing its inclusive excellence action plan.

Early in 2020, Christian Marrero, senior psychology major, parked in the back of the Centennial Parking lot before walking to his dorm around 1 a.m. He had his headphones in, but he realized shortly thereafter that he heard talking from behind him.

When he turned around, he saw a group of around 12 young men were following him.

They followed him all throughout the parking lot and some even followed him into his dorm’s building. They called him slurs the whole time.

“The next day I kind of felt really alone, I guess, since this was an experience that I just went through by myself, and I [didn’t] really feel like there was anyone else [that] could connect to me, and housing wasn’t going to do anything. So it was like I just felt really [dis]connected and alone from everyone else,” said Marrero.

Marrero said that he dealt with it, but he never felt like he should report it to the school because he didn’t feel like they would do anything.

This isn’t the first time he’s experienced something like this.

Marrero has also found derogatory names like fa**** written on his white board outside his dorm. The most recent thing that happened to him was someone ripping off his bulletin board completely.

“I realize that there are a lot of microaggressions,” said Christian Marrero. “That’s really it. There aren’t really like straight up attacks or people yelling stuff, it’s kind of a lot of behind the scenes, and people do stuff behind your back.”

Marrero added that he has to be careful what he talks about with certain people because he does not know how they’ll react. He said that when he tries to join certain clubs, they will immediately start talking about their views on the current political and social climate. Usually, Marrero finds that their views are very negative, and he tries to distance himself because he realizes he does not belong in that group.

“It kind of made me feel like I was getting a different college experience than everyone else,” said Marrero. “It’s hard to deal with those things and feel like I can’t actually have fun in college or enjoy my time here when I’m worried about whether people actually want me at the school or stuff like that. I’m a senior. I’m almost done, but looking back on it, I wish the environment was more open and there were more talks about what we could do so that future students like me don’t have to be scared about joining clubs or saying certain things around certain people.”

Marrero was a peer leader last year during the book burning.

“I kind of expected that the university would immediately send something out to all the professors or something, but my professor who I was a peer leading for, she had nothing. It wasn’t her fault, she had received nothing from the university.”

He had to teach the freshman class on his own with another peer leader.

“I just talked to the freshman and saw how that was like, but it was really hard to actually do something without the university, but on a day-to-day basis, I try not to express myself too much,” said Marrero. “Not fear, but I don’t know how people will respond, especially as we get closer to the election. Like when I do wear Black Lives Matter shirts or even a Bernie Sanders sweater, it’s kind of just looks all around and stuff like that.”

He thought the book was a good idea because it promoted inclusion and dealt with a lot of issues.

“Straight from the start, it seemed like no one really cared for it and that they didn’t like it even more because it was about those things,” said Marrero. “It felt like, because we were focusing on diversity and inclusion, it felt like people were…over it and done with it, and they burned it, so they didn’t really care.”

Marrero said that the novel could be confusing on its own, and he felt that the students did not understand the message behind it. He felt that, with the way students reacted to it that they did not really care.

After the burning, they talked about what had happened as a group.

Marrero added that some racial incident has happened every semester, and he is hoping that nothing arises, especially during the election.

Marrero is currently working on an honors thesis under the mentorship of Amy Hackney about how prejudice and racial incidents affect LGBT people of color and LGBT white people as well as how it affects their mental health and their coming out. He is focused on college students specifically because there are not many resources specifically designed for them.

“I found that there are differences between both groups and for people of color, it does affect them more drastically,” said Marrero. “They are more prone to mental health disorders such as depression and anxiety because they’re already in such a marginalized community that they feel like they can’t discuss their mental health like LGBTQ white people, so having their sexuality questioned or…taunted in a way, especially on college campuses, they shut down. They don’t come out of the closet, and so they kind of internalize their own homophobia and they don’t have as many resources as LGBT white people do.”

Marrero thinks the counseling center is great, but there are not a lot of counselors and spots get filled very quickly.

“There aren’t as many available resources and as many resources specifically designed for LGBT, nothing that talks about coming out of the closet or dealing with sexuality or even dealing with homophobia–there’s really nothing about that, and when it comes to even more intersection groups–when it comes to people of color and white people in that community–there’s really nothing that discusses the differences or resources about that,” said Marrero.

“I would not say that I’m surprised, honestly…I love Safe Space. I love that whole concept and something that counselors and professors can do to certify themselves, but to have it defaced like that, I’m not surprised that students see something and are threatened by it and are threaten by the possibility of an inclusive environment, and that’s kind of why I’m doing my research.bc  I feel like the university itself should promote–specifically just straight out say–we promote LGBT inclusion and we want safe spaces for them, specifically designed for them so that they can come and talk about their own mental health and not fear, you know, going to someone’s office and seeing a defaced safe space sign.”

Marrero feels that these instances deeply affect how these students, especially in talking about them

“I feel like it definitely makes a lot of students not want to talk,” said Marrero. “It definitely makes them afraid…we’re already in a Southern School, you know, that’s the thing. We’re already in a predominately white population area and so when it comes to racial incidents, they feel like there’s only so many spaces [they] can go to and if those spaces are already being targeted or defaced and stuff, they’re probably not going to step forward and talk about their own instances and even report their own instances because they don’t feel like anything will be done.”

When it comes to GS’ response to past incidents, Marrero admits that he has not seen a lot of promotion of diversity and inclusion. He feels like the university has not enacted their own words.

“I feel like with the racial incidents they care more about their public image and responding to the media and stuff, but when it comes to internal stuff and actually dealing with the incidents with the students, they don’t really do much.”