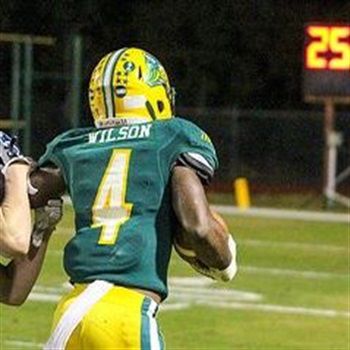 Anthony Wilson is a safety who committed to the Eagles after de-committing from Wofford.

Georgia Southern football has added another commit to their defensive roster for the 2019 season with safety Anthony Wilson committed on Tuesday.

Wilson, a 6-foot, 190-pound safety from Columbia, South Carolina had four other offers from Charleston Southern, Navy, Wofford and UMass.

The senior at Spring Valley High School was originally a hard commit to Wofford as of June, but de-committed and re-opened his recruitment Monday, Dec. 3.

Along with Wilson, the defense has four other hard commits with three cornerbacks and one defensive tackle. Wilson is the first safety commit to the Eagles for the 2019 class.