Eagles swept by Volunteers in opener

Home opener spoiled by No. 19 Tennessee 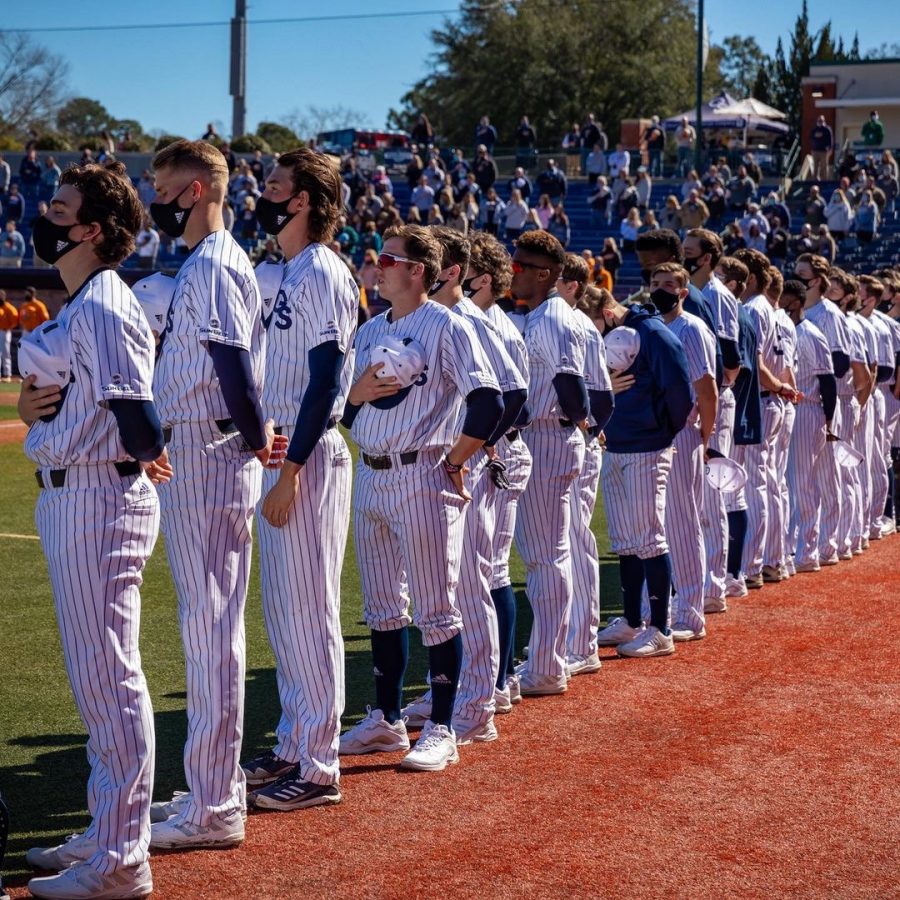 Many Eagle fans entered baseball season with high hopes and many still have lofty expectations.

However, the Eagles’ season-opening series against No. 19 Tennessee did not go as expected.

The Volunteers opened the season by taking down the Eagles 5-3 on Friday night.

Tennessee quickly opened up a 5-run lead after the fifth inning. Despite a late 3-run streak from the Eagles, the Volunteers held on.

On Saturday, the Eagles had control for the majority of the game. Freshman pitcher Chase Dollander struck out 10 batters en route to a dominant opening performance.

His debut would ultimately be spoiled after the Eagles were unable to hold on to their 3-1 lead. The Volunteers would secure a 5-3 win.

On Sunday, despite already losing the series, the Eagles gave the Volunteers all they could handle.

The Eagles took the Vols to 12 innings, but a Liam Spence grand slam was ultimately the dagger.

The Eagles are back in action on Wednesday at 4 p.m. as they travel to take on College of Charleston.