Lady Eagles come away with one victory in Florida 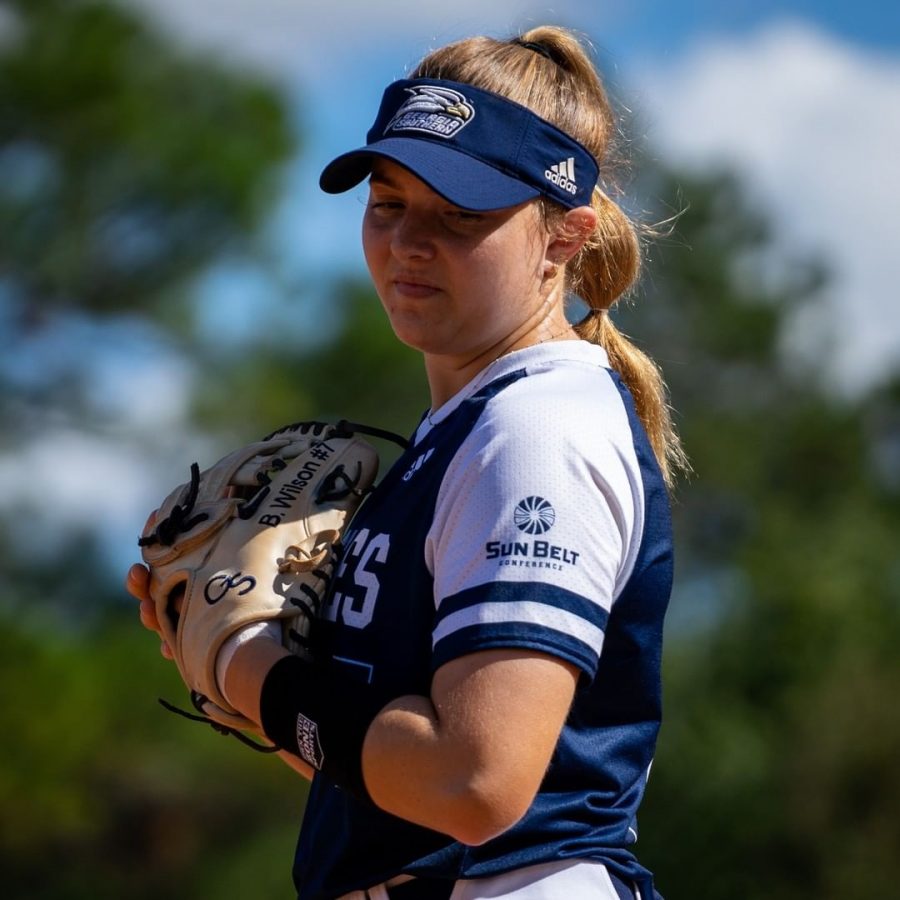 After a rainstorm canceled the annual Bash in the Boro weekend, Georgia Southern’s softball team turned their focus to the Bubly Invitational down in the Sunshine State over the weekend.

However, the Lady Eagles struggled mightily against No. 6 Florida and Charlotte en route to a 1-4 performance at the invitational.

In the opener against Florida, ranked No. 6,  the Eagles commanded a one run lead headed into the fifth inning; however, the Gators found five runs in the bottom of the fifth inning and never looked back. Florida ultimately won the game, 8-3.

10 a.m. the next morning, the Lady Eagles were back in action against Charlotte. After falling into a 2-0 hole to the 49ers, the Eagles fought back and even held a 4-2 lead entering the bottom of the 7th and final inning.

The 49ers put up a good fight and added extra innings to the game. After a scoreless top half of the eighth inning, the 49ers captured a walk-off victory in the bottom half of the inning.

In their second matchup against the powerhouse Gators, the Lady Eagles held a 1-0 lead entering the final inning. Although, just like their early matchup against the 49ers, the Eagles allowed a walk-off single. In the end, the Gators walked away with a 2-1 victory.

On Sunday morning, the Lady Eagles fared much better against Charlotte than the previous day. The Eagles’ bats were hot enough to garner 14 hits and send 13 runs across the plate. Three triples highlighted a dominant performance that saw the Eagles walk away with a 13-5 victory.

In their final game of the weekend, the Eagles faced Florida for a third time. The Lady Gators dominated this time. Five doubles propelled the Gators to a dominant 11-0 victory in just five innings.

Faith Shirley and Ashlynn Gunter led the Eagle offense with seven and six hits respectively. The pair also combined for six of the team’s combined 21 runs over the weekend. Mekhia Freeman and Bailee Wilson also contributed five hits each.

Aaliyah Garcia pitched the only Eagle win over the weekend, but the Eagle pitching staff finished the weekend with a cumulative ERA of 5.83.

The Lady Eagles will be back on the field this weekend as they travel to take on North Florida in a three-game series. The Eagles play at 4 p.m. on Friday, 12 p.m. on Saturday and 2:30 p.m. on Sunday.