A brief history of Black figures at Georgia Southern 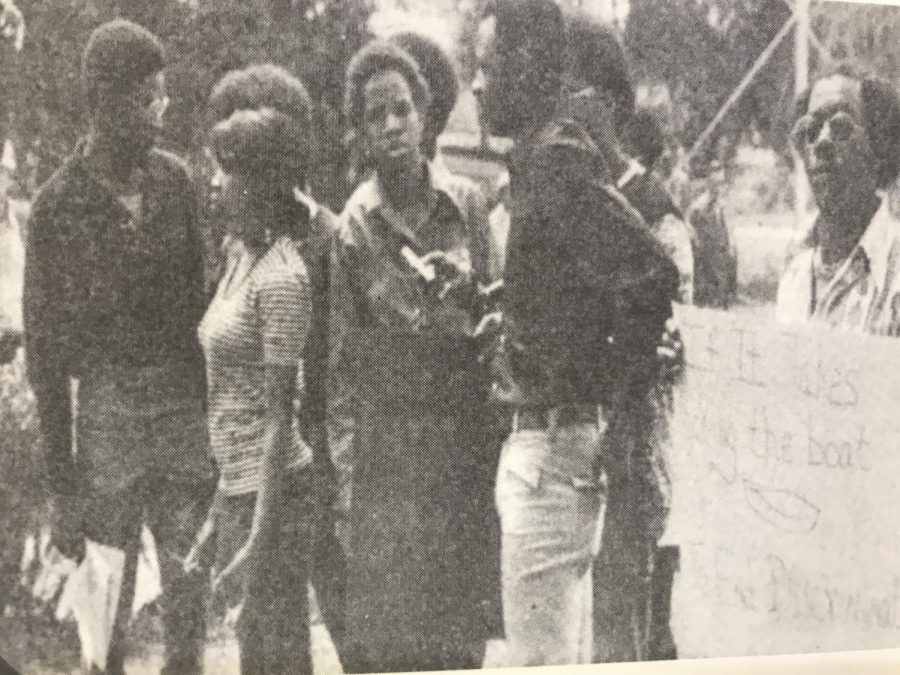 During the fall of 1965, the first Black students walked onto the Georgia Southern campus, which at the time had only taught white students in its 59-year history.

Their arrival sadly was met with the remnants of Jim Crow. Instead of finding a welcoming community, Black students found a community trying its best to ignore them. Teachers, without a moment of thought, glossed over their raised hands in classes and swept any endeavor to discuss their grades underneath the rug. When they needed to partner up for a project or lab, a wall immediately built itself. In the dorms, their white roommates ran to change their rooms.

The university unbelievably was entirely more accommodating than the city of Statesboro. Educated students and faculty tended to practice their bigotry subversively while the city hurled threats, objects and offensive language at the new Black students.

Nevertheless, Black students came to GS and completed their studies. The first African American students, Catherine Davis; Clavelia Brinson; Arlene Daughtry; and Ulysee Mosley, arrived in the fall of 1965. Davis and Daughtry both graduated with a BA in Sociology. Brinson graduated with a BS in Education Health and Physical Education; while, Mosley graduated with a BA in Psychology.  Davis and Mosley earned the honor of being the first and second Black graduates, respectively. 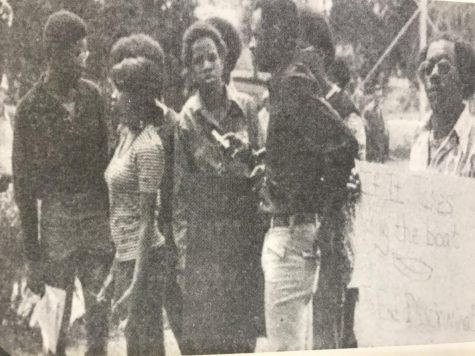 In the above picture are students and workers gathering outside the William Center in protest.

In the fall of 1967, GS began recruiting Black athletes, and Roger Moore became one of the first Black athletes to sign a scholarship with GS, playing the center-position on the basketball team for three seasons before transferring to a different school.

A new star, however, rose in the form of Tracy Ham. Ham was the quarterback of the GS football team, and in 1985 and 1986, he led the football team to the national championship. Ham’s jersey number was eventually retired.

10 years after Ham’s departure, a new player stepped onto the team as a star running-back named Adrian Peterson. He went on to be drafted by the Chicago Bears, and is currently working for Georgia Southern as the Director of Student-Athlete development. His number was also eventually retired along with Ham’s, making them the only two GS athletes whose jersey numbers are retired, and their jerseys are on display today at Paulson Stadium. 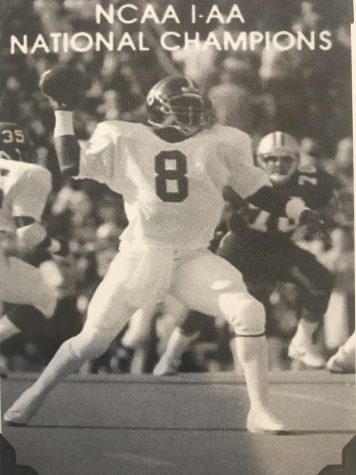 In the above picture is quarterback Tracy Ham, Georgia Southern retired his number 8.

Black students had run for student government president in the past, but it was finally in 1985 that Mike Wallace became the first black Student Government president at GS. His platform was built on familiarity with the operations of Student Government, having previously held office as the vice president of auxiliary affairs. Wallace also put a focus on programs designed to help students, and helped establish a freshman aid program and a book exchange program for students to sell their books to each other.

After these two Black students, Jerald Carter became the third African American Student government president. He campaigned on increasing safety and transparency on campus. These three students were the first of many more Black Student Government presidents. 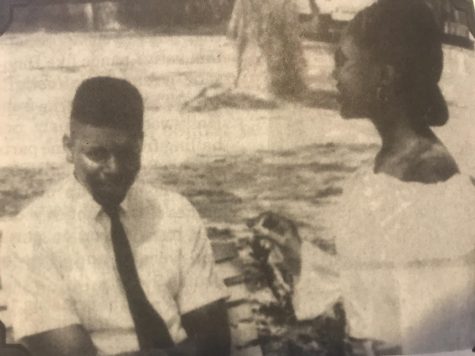 In the above picture is SGA president elect Jerald Carter, discussing plans for GSU campus and students.

Hopefully, these figures can stand as a source of inspiration for students trying to do something unique and difficult in the time that we live in. All of the information was pulled from Pursuing a Promise, by F. Erik Brooks.