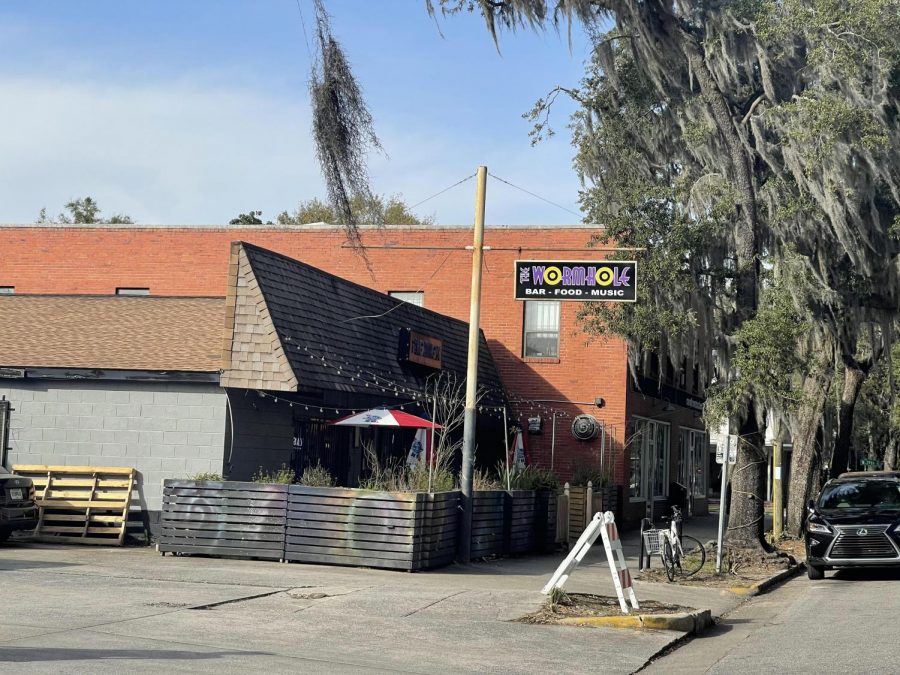 The Historic District of Savannah used to be full of music. Bars, restaurants, and outdoor venues remained consistently busy for years upon years until the COVID-19 pandemic hit. With many residents choosing to stay inside, and far fewer visits from tourists, finding enough musicians who are willing to play for small crowds has been extremely difficult.

The open mic scene, however, has continued. A variety of options still exist for musicians in Savannah looking for other artists to collaborate with, friendly crowds to play to, or simple emotional release.

The good news for barflies and patrons is that a lot of the music coming out of these venues is pretty good. Savannah is full of talented artists, many of them musicians. Many of these musicians have not had a solid creative outlet for some time now, so they are ready and willing to let loose on stage.

The three most available open mic venues currently running are at The Wormhole on Mondays, Molly MacPherson’s on Tuesdays, and the Sand Bar on Tybee Island on Wednesdays. That kind of attendance makes for a true half-week gauntlet for any particularly ambitious performer.

The Wormhole has a very distinct vibe compared to other open mic venues. The musical setup is very well done, and the large main room provides excellent acoustics and reasonable social distancing.

The types of music played at Wormhole vary greatly, ranging from solo acoustic covers to full blown, full band originals, complete with guitar solos and chest-pounding drums. Many times, when a band gets on stage at the Wormhole, it is truly an amazing experience.

Even with the availability of excellent musicians at Wormhole, the area is a safe space for people still trying to work out their material.

“How long have you been playing together?” I asked one lead singer after her band finished up an inexperienced, but enthusiastic set.

“About three days?” she replied, not quite sure.

That is the variety of music one can expect to hear at a Wormhole open mic, but the consistency of the artists lies within their shared enthusiasm for the art. Everybody, including the patrons (even the ones who were not really listening) made sure to be at least relatively supportive of anyone who went on stage.

The next open mic day was at Molly MacPherson’s. Molly’s is squarely downtown, unlike the Wormhole, which is on Bull Street in the Starland District. Being a downtown venue makes for a much smaller building, but a bigger crowd. This is a conflicting atmosphere.

The crowd, on one hand, was great. The place was jammed packed full of people who wanted to hear music. The acoustics are not as impressive here as they are at Wormhole, but they more than get the job done.

Then again, there is the socially distanced elephant in the room. This is where things get conflicting. It is genuinely great to see music being played to a packed crowd, but I was having much more trouble than most coming to terms with how close together everybody was.

Getting past the gray area, the music here is of real professional quality. Molly’s may not have the pure bleeding heart that Wormhole has, but it makes up for that in terms of musicianship and presentation.

Features include: An expert saxophonist who looks like Matt Berninger from the National, a blues singer who could light a match with her voice, and a variety of guys and girls who have been playing good, crowd-pleasing music for a very long time.

The genre definitely centered around blues, with a hint of jazz and R&B every now and again. There was still a healthy lineup of solo acts, plenty of them impressive in their own ways, but the crowd was there to see some blues get played.

The third and final stop of the week was Wednesday at the Sand Bar on Tybee Island. This playing space is the smallest of the three venues, but it felt more like a balance between Wormhole and Molly’s. The crowd was smaller, like Wormhole, but supportive, like Molly’s.

Tybee’s local guitar hero Jeremy Riddle runs the show at the Sand Bar, and the music there, while reminiscent of the blues music heard at Molly’s, definitely has more of a pop country twang to it.

If one were to perform here, they would want to bring their crowd pleasers. The singer is only about ten feet away from the audience, so they have a great opportunity to really get their feet tapping, which is what this crowd was there to do.

Much of the crowd was also there to see Riddle play guitar. He really is exactly what one would imagine when picturing a southern rock guitarist, rocking an extra long goatee, sunglasses, and cowboy hat to complete the picture.

He can really play, too. Savannah seems to have no shortage of fantastic guitar players, but the real joy comes from experiencing their individual styles and influences. Riddle has a style built for the intimate setting of the Sand Bar, able to crank up his tones for blues and country without hurting anybody’s ears.

The three day run of open mics was an exhilarating and eye-opening experience. Many people in Savannah are willing to brave the risks of the pandemic in order to hear or play music.

COVID-19 has clearly not diminished the artistic spirit of the Savannah community. Instead, it has amplified it. The pandemic has frustrated live performers from its onset, but all of that pent up energy and emotion is boiling over into powerful artistic moments.

If encouraging COVID-19 trends continue into the summer, and more venues begin to open up, expect a music boom. The talent, commitment, and public interest are there, and the opportunities for musicians may be opening up relatively soon.