Lady Eagles get swept in Jacksonville

Softball struggles continue for the Eagles 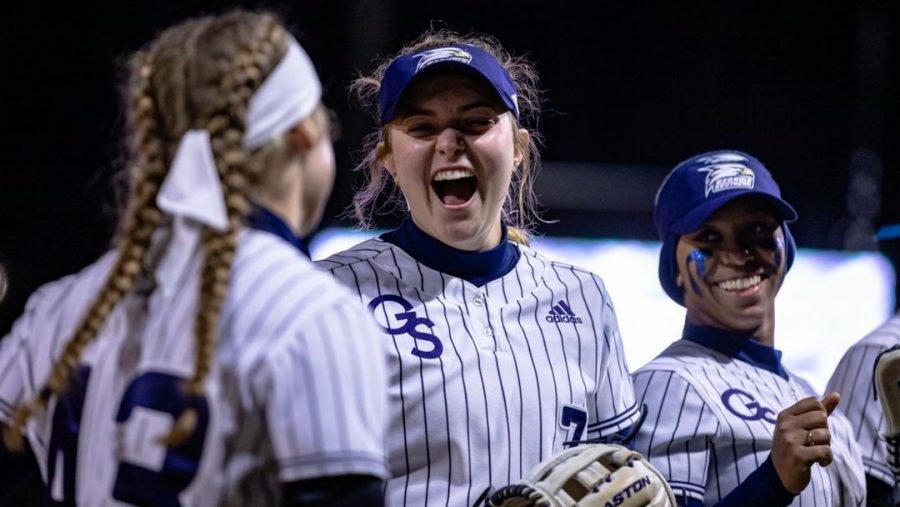 After a disappointing one-win performance in the Bubly Invitational in Gainesville, the Lady Eagles were back in action over the weekend as they made the road trip to Jacksonville to take on North Florida.

Unfortunately for the Lady Eagles, they were unable to capture a victory over the Ospreys.

On Friday, GS held a commanding 4-0 lead as the game entered the seventh inning. However, the Ospreys found four runs of their own to send the game into extra innings.

In the ninth inning, the Ospreys escaped with a walkoff victory on a double by Kayla McGory.

On Saturday, the Lady Eagles quickly fell behind, and by the fourth inning, the Ospreys held an intimidating 6-1 lead.

The Lady Eagles found four runs between the fifth and seventh inning to cut the UNF lead to one, but an Alia Booth groundout left Bailee Wilson, the tying run, stranded at third.

On Sunday, the Lady Eagles once again jumped out to a quick 2-0 lead in the first inning. Faith Shirley crossed the plate off of a fielder’s choice and Bailee Wilson crossed after an Osprey error.

The remainder of the game felt like an eerily familiar story. The Ospreys pushed two runs across the plate in the fifth inning to tie the game.

In the seventh inning, the Ospreys claimed their second walk-off victory – this time off of a Taylor Engman sacrifice fly.

Faith Shirley and Bailee Wilson led the way for the Lady Eagles with six hits a piece over the weekend. Mekhia Freeman also impressed with three hits of her own.

On the defensive side, Aaliyah Garcia pitched a total of nine-and-one-third innings and struck out a total of six batters.

The Lady Eagles are back in action this weekend as they host the Eagle Round Robin. GS will play three games against Winthrop, followed by two games against the College of Charleston.