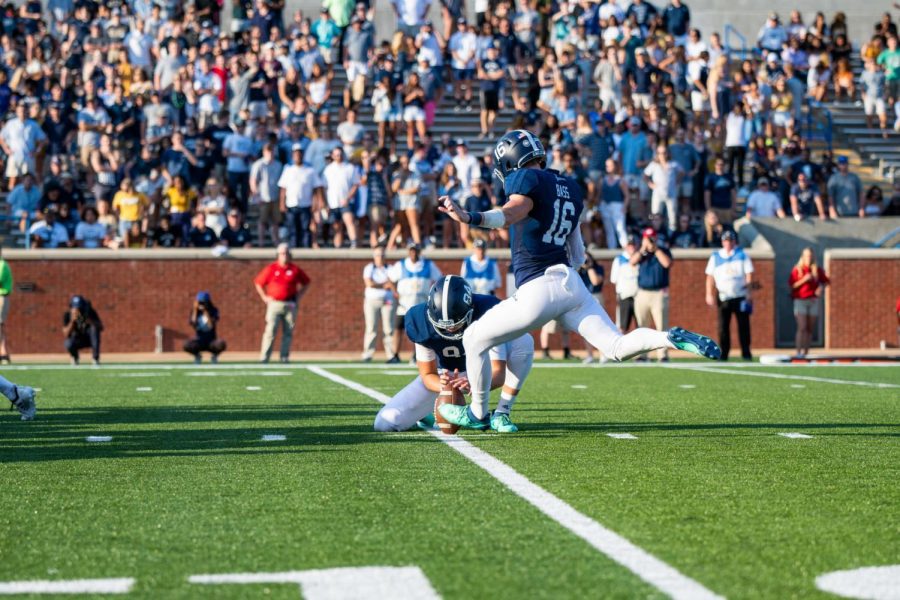 Redshirt-junior Tyler Bass sets up to kick for the extra point against the University of South Alabama.

On Thursday it was announced that redshirt-junior kicker Tyler Bass was one of the 20 finalists for the Lou Groza Award – the award given to the nation’s best kicker.

Bass has been nothing but excellent for Georgia Southern in 2018, going 11 for 11 on field goals, with six of those coming from 40+ yards or deeper. In addition to not missing a field goal, Bass has yet to miss a PAT as well, going 33 for 33 on those kicks.

On kickoffs, Bass has kicked 33 of his 49 kickoffs through the end zone for touchbacks, with an average kick of more than 63 yards.

Of the 20 semifinalists, Bass trails only Cooper Rothe, of Wyoming, in field goals made by just three kicks. Other notable kickers that appeared on the list include LSU senior Cole Tracy, UCF’s senior Matthew Wright and UGA’s junior Rodrigo Blankenship.

2018’s Lou Groza Award will be announced on ESPN Dec. 6, and Tyler Bass has a good chance of becoming a finalist then.