Eagles sweep the Towson Tigers to get back over .500 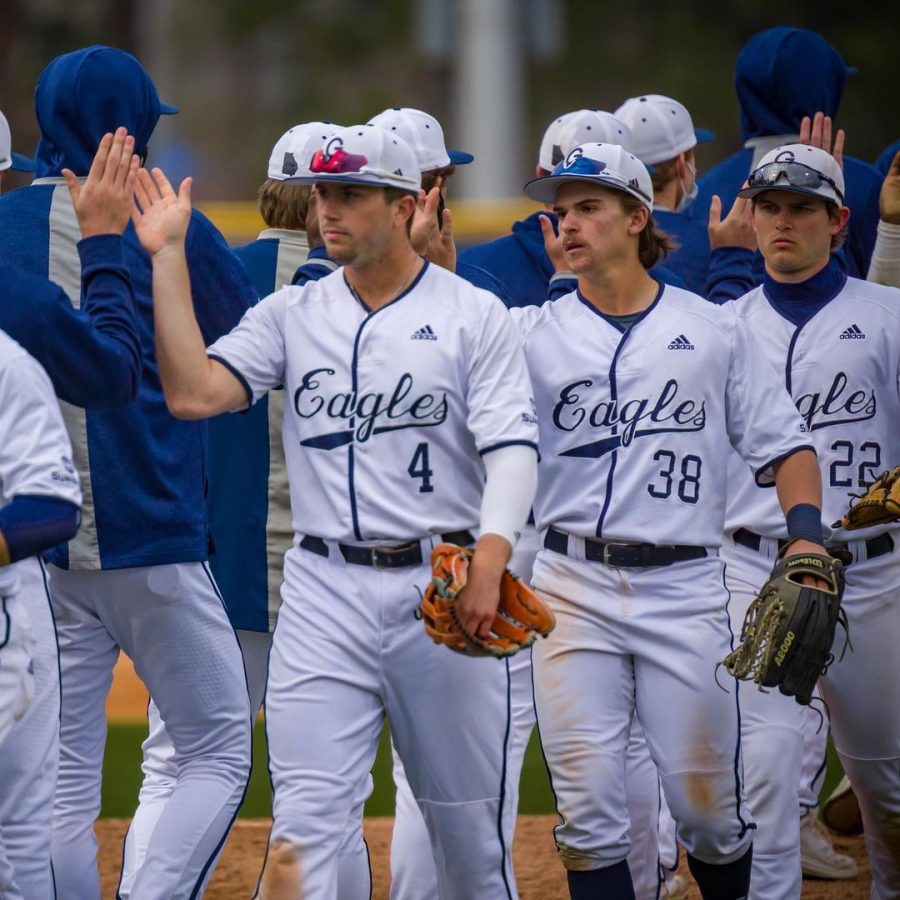 After taking down North Florida on Wednesday night, the Eagles kept the momentum going as they entered a series with Towson University over the weekend.

This hot streak stayed alive throughout the weekend as GS put together a dominant sweep of the Tigers.

On Friday, the Eagles quickly jumped out to a 3-0 lead following the second inning after Mason McWhorter, Austin Thompson, and JP Tighe came across home plate.

A Nick Brown single gave Towson their only run of the game in the fourth inning.

Christian Avant acquired his second RBI of the day before Jason Swan found his first to extend the Eagle lead to 5-1 in the fifth inning.

On the offensive side, Jason Swan led the way with three hits and an RBI. McWhorter and Thompson both accumulated two hits enroute to a 7-5 victory.

After securing the series on Saturday, GS was hungry to complete the sweep on Sunday.

Avant, Thompson and Tighe all accumulated three hits; however, a wild pitch in the sixth inning proved to be the winning run for the Eagles.

After the series sweep, GS now sits at 6-5 on the season. The Eagle win streak was also extended to four games.

GS is back in action on Tuesday as the Georgia Bulldogs travel to town. The Eagles swept the Bulldogs in a three-game series last season. First pitch is set for 5:00 p.m. and will be televised on ESPN+.