Shakespeare in the Stream 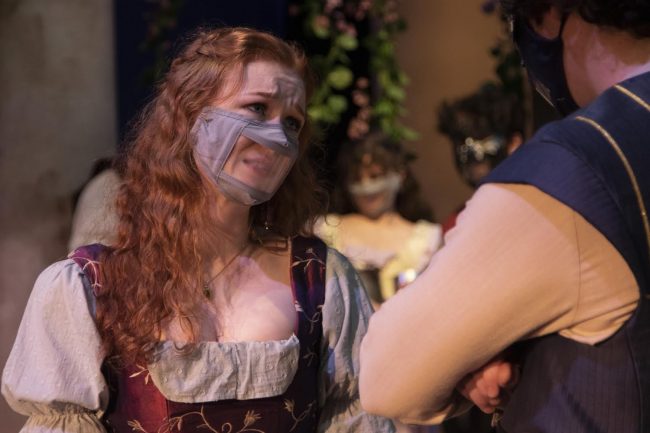 In order to comply with the ongoing pandemic’s safety measures and still allow for the largest number of people to access the play, the Georgia Southern Theater’s production of Shakespeare’s comedy, “Much Ado About Nothing” directed by Sarah McCarroll, will be free to stream from March 10 to the 14.

Elizabeth McCooey, who is playing the female lead Beatrice, said this in a Newsroom briefing about her experience, “This is actually the first Shakespeare show I’ve been a part of, and it was a completely different experience than I’d known before. There is a lot for an actor to learn from Shakespeare if the actor will take the time to really dig into his work, like we have with this show. I definitely have learned skills I didn’t have before that will be valuable for me throughout the rest of my career.”

In the same news briefing McCooey discussed the added challenge of portraying a romantic Shakespeare comedy while wearing facemasks and not being able to kiss. While the facemasks do have a clear plastic to allow for lip reading from the audience McCooey described working around this added challenge as requiring, “[…] some creative physicality, but I think we pulled it off.”

Free streaming begins tonight, March 10, and continues through March 14. For information on how to stream click here.