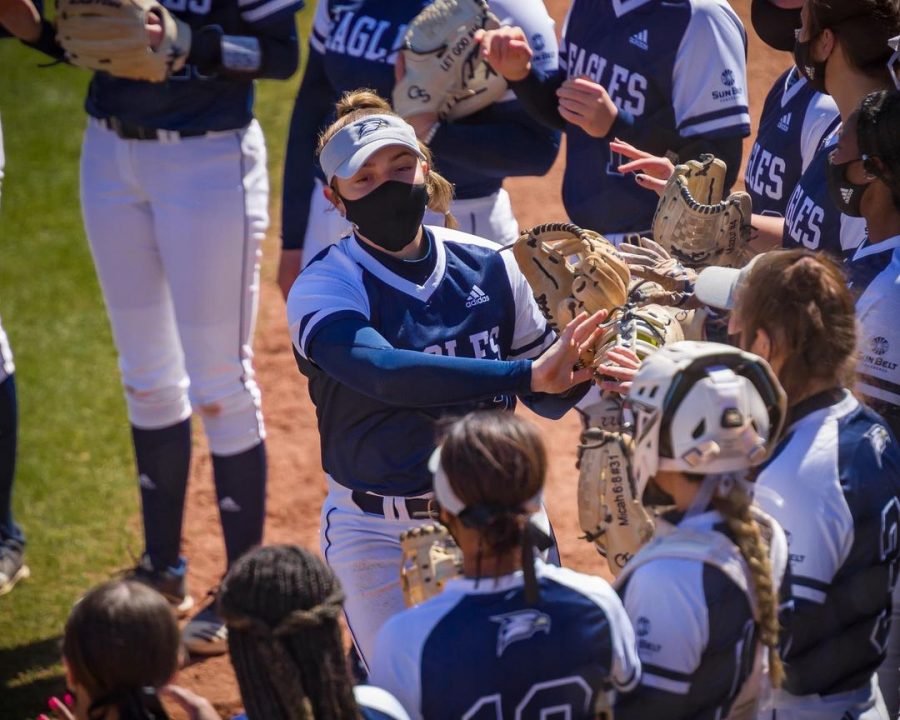 After a successful weekend at the Eagle Round Robin, the Georgia Southern softball team was back on the road on Wednesday to take on No. 20, University of South Carolina.

The game against the Gamecocks is the first of four straight games against a ranked opponent for the Lady Eagles.

It was complete domination from the start for the Gamecocks. USC jumped out to a 5-0 lead as the game entered the fifth inning.

A Faith Shirley double drove in the lone Eagle run of the day as Mekhia Freeman crossed the plate.

The Gamecocks scored four more runs in the sixth inning to extend the lead to a whopping eight runs, which ended the game after just six innings.

The Lady Eagles managed just two hits and left a total of four runners on base.

On the defensive side, GS accumulated three costly errors and allowed 11 hits to the Gamecocks. Kyleigh Richardson was tabbed with three earned runs which caused her record to fall to 1-2 on the season.

The loss knocks the Lady Eagles’ record to 5-9 on the season.

Things will not get any easier for GS this weekend as they must travel to take on No. 14 Louisiana, who is currently 13-4 this season.