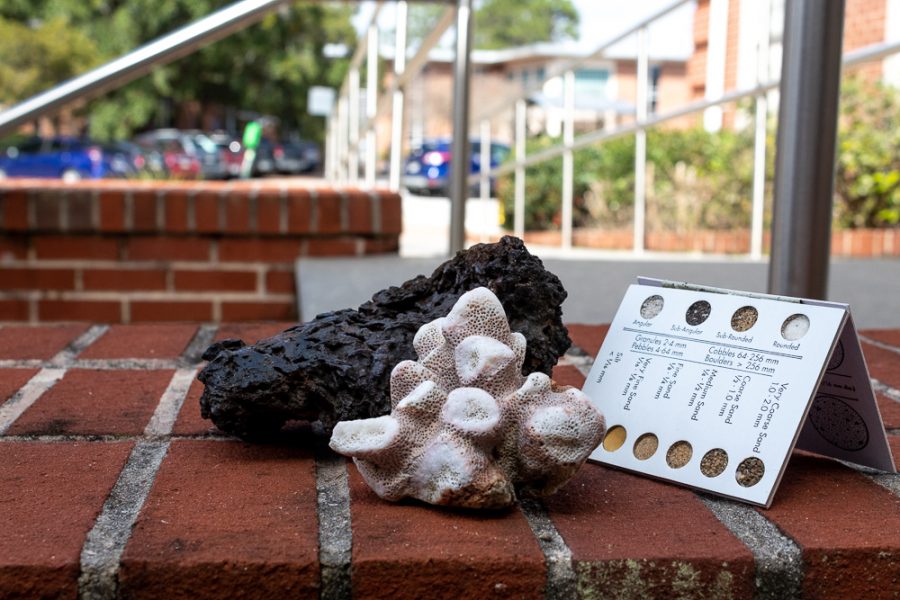 Meet Victoria Boyle-Wheeler. She is a junior in Geology. 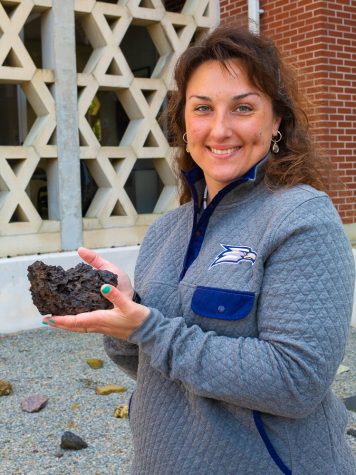 What made you choose this major?

“I was actually gonna be registered for microbiology, but when I saw the requirements, the classes, and read a little bit more about Geology, it was a little bit more appealing. I was just mainly interested in mineralogy. Plus, when you look at geology, it is more of a male-dominated field, so I was like ‘let me do that and be a stereotype breaker’.”

How does being one of the only women in your classrooms affect your work ethic?

“I wouldn’t say that it affects my work ethic, but improves it because I’m already competitive. So, when you tell me ‘Aw you the only female in this group and it might be hard’, especially, when I was told that it would be a lot of hiking, I was like ‘Challenge accepted’. If anything, it made me a little more competitive, not going to lie.”

What do your STEM classes typically look like gender-wise?

“My classes, gender-wise, with the couple geology ones I’ve taken have mainly been male. Not a lot of females. Usually, the females that are in they’re only taking it as an elective. I have only encountered one girl who was also taking the major.” 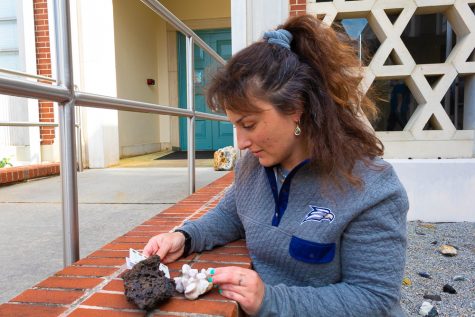 Do your teachers tend to ask the males more questions than the females? If so, how does that make you feel?

“I would say one of the classes I’ve had, my teacher would mainly ask me questions because they were intrigued that I was more interested in the subject versus the guys. It felt nice because most of the time women kind of get ignored. For example, before I transferred here, I was in welding, and; I always got downplayed because I was literally the only female out of 32 students. It was only me and 2 other people who graduated top of the class, and I was top 2.”

Have you completed any internships yet?

“The internship that I am going for is a paid position for the college actually, and I start there on Thursday [March 4, 2021]. It’s at the Armstrong Campus off of Skidaway Island to do water sampling for the Geology and Geography department. It’s running different water tests and how it reacts with different minerals.”

What is your future career?

“I would like to be a mineralogist which deals mainly with minerals and figuring out what minerals are wherein the environment. Also, with my background in welding and paralegal studies, I was thinking about possibly working with British Petroleum for petroleum extraction.”

What impact do you want to make in your career?

“To get experience in helping establish something, whether it be a patrol place to get petroleum or it would be to be like my psychology teacher. He took all of his experiences, and he put them into a simple textbook. All he would teach is his experiences and his book that he wrote, so that’s what I kind of want to do. To show my experiences to those who can’t go there [to the sites] or have been there and don’t understand it. No matter what I do, I want to end it by teaching.” 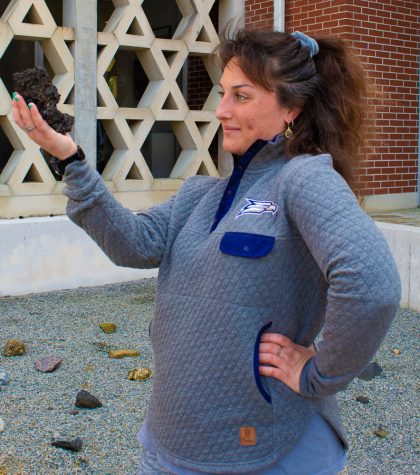 What company do you wish to work for?

“It would be Halliburton. That’s actually a company my dad used to work for. Since they are mainly an oil drilling company, they hire geologists.”

What do you want to achieve before you graduate college?

“I would like to achieve, probably in my senior year, going to a location and taking some of the material I have learned and implementing it in a situation. Like I think in New Mexico, you can go pan-sift and there’s a mine you can go to. So, going to one of those locations, then go to my teachers, and possibly writing something about it to the paper here. Basically saying, don’t downplay your teachers because this is the outcome you will get. You can come back and tell them because in a way it will make them feel like they have accomplished something and they left their mark on somebody.”

Have you won any scholarships towards your major?

“Not yet. I just figured out how to work the scholarship portal.”

If you had a message for anyone who is just now starting their major and is in the same major as you, what will it be?