‘Within 50 miles’: A history of the first Black athletes at Georgia Southern 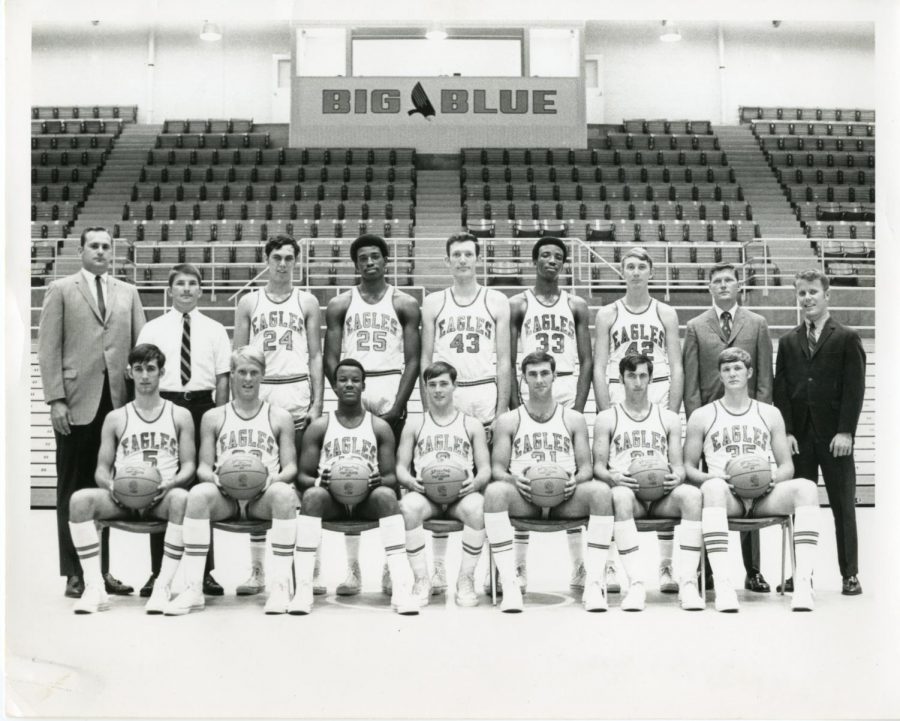 After establishing a men’s basketball team in 1926, Georgia Southern had quite a bit of success. From 1926 to 1967, the Eagles had a winning percentage above 65% in addition to a NAIA national runner-up finish in 1966.

But during those 36 seasons, not a single Black player suited up for the Eagles.

However, in 1967, a 29-year old coach by the name of Frank Radovich decided it was time for a change in Statesboro.

Zach S. Henderson, Ph.D served as president of Georgia Teachers College from 1948 to 1968.

In 1965, John Bradley became the first Black student at the university. While Bradley had already completed his bachelor’s degree at Texas Southern University, he needed a handful of classes in order to teach within the state of Georgia. Henderson personally assisted in Bradley’s registration process and eventually oversaw the integration of the university.

This restriction ruled out metropolitan areas such as Augusta and Savannah, but Radovich planned to take full advantage of this new opportunity.

Within the first year the team was allowed to recruit Black athletes, Radovich had landed three: Eugene Brown, Roger Moore and Marvin Stevens.

Moore and Brown attended Beech High School, while Stevens was from Springfield.

While all three players had some sort of instant impact within the program, Moore shined above the rest.

The 6-foot-7 center averaged over 14 points and 16 rebounds as a freshman, en route to over 1,200 career points and more than 1,000 rebounds, which is the unofficial record for any GS player, although this record is not recognized by the NCAA.

“We played in the old Hanner Fieldhouse and it’s capacity was 2,600,” recalled teammate Phillip Sisk. “The stands would be full at 6:00 when the freshman team would start playing. It would be a packed house, because people wanted to see Roger play.”

Moore would eventually be drafted by the Atlanta Hawks in the 12th round of the 1971 NBA Draft before playing a handful of professional seasons in the Caribbean.

Not much can be found about Marvin Stevens on the court. After one season with the Eagles, Stevens was forced to transfer due to academic struggles.

Out of the three players, Eugene Brown was the only one to graduate from GS. However, just like Stevens, there are not many stats available from Brown’s playing days. In his final two seasons with the Eagles, Brown was a consistent starter.

While Radovich does not recall any resentment from fans about Black players being a part of the team, he noticed a handful of regular fans had stopped coming to the games.

After growing up in northern Indiana and playing in the NBA, Radovich recalled life being integrated as long as he could remember. So, when he heard why some people were not coming to games, he was shocked.

Sisk, a freshman from the same class as the three Black players, may have been the only person on social media to post about Roger Moore for Black History Month. He praised Moore’s basketball ability in a FaceBook post.

“The athletics department acts like basketball didn’t exist in Statesboro before 1971,” said Sisk. “The media guides go all the way back to 1971-72, which is when our freshman class all finished.”

While virtually unheard of among modern-day students and fans, the impact that Brown, Moore and Stevens had on GS is still evident today.

Among the 15 sponsored sports at Georgia Southern, there are a total of 19 Black coaches and support staff members. In addition, over 25% of the student population is made up of Black students and approximately 23% of faculty members are Black.

This legacy is carried on most notably by Anita Howard, the first Black head coach in GS women’s basketball history.

“It’s truly an honor and a blessing for me to be a woman in my position, and a woman of color at that,” said Howard. “In a male-dominated profession, I don’t take this position for granted. I want to be a pioneer.”