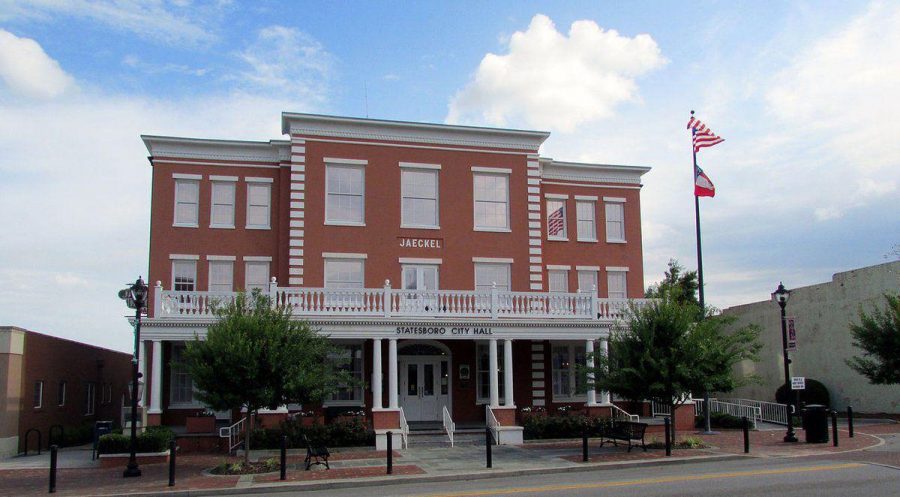 The ordinance to reduce the consequences of marijuana possession will allow people who are caught with less than one ounce of marijuana to avoid jail time and receive a fine for a maximum of $500 or complete community service.

The Statesboro City Council proposed a new ordinance to reduce the consequences of marijuana possession to a misdemeanor at its monthly meeting Nov. 20.

The ordinance will allow people who are caught with less than one ounce of marijuana to avoid jail time and receive a fine for a maximum of $500 or complete community service.

Mayor Jonathan McCollar said lowering the consequences of marijuana possession could be beneficial in a city where many youths live and may be experimenting.

“One thing I want people to know is that this is about criminal justice reform, to make sure that individuals that make bad decisions as young people, that they’re not pended to those decisions for the rest of their lives,” McCollar said.

Marijuana is not decriminalized

The ordinance only applies to the city of Statesboro.

According to the Statesboro Code of Ordinances, Georgia law prohibits the possession of marijuana regardless of the amount and requires up to one year in jail and a fine of up to $1,000 for less than one ounce of marijuana.

By implementing an ordinance, cities can reduce the severity of penalties offenders receive, however the ordinance does not legalize the possession of marijuana.

“One thing that we’ve got to reiterate is that marijuana is not legal, it’s just that we’ve had a switch in how we approach those that have been caught with less than one ounce of the substance,” McCollar said.

Lowering the consequences for marijuana possession under one ounce applies only if the offender is caught by a Statesboro City Police officer, and is not charged with additional offenses.

Other law enforcement agencies such as State Patrol and University Police Department could still arrest offenders who could then be charged at the state and federal levels, which could mean going through the booking process of being fingerprinted and having their mugshot taken.

“This is going to keep our community safer, because it allows our police officers not to be tied up with all of those hours associated with booking someone,” McCollar said. “The goal is to free up law enforcement so that they can really spend more time on those crimes that are really affecting the quality of life for those that call Statesboro their home.”

“As of right now I can’t say specifically which direction the council will go. I don’t anticipate it being an issue as far as passage is concerned,” McCollar said. “In my opinion if I had to bet on it, I’d say that it would pass.”