Third Women’s March to be held in Statesboro 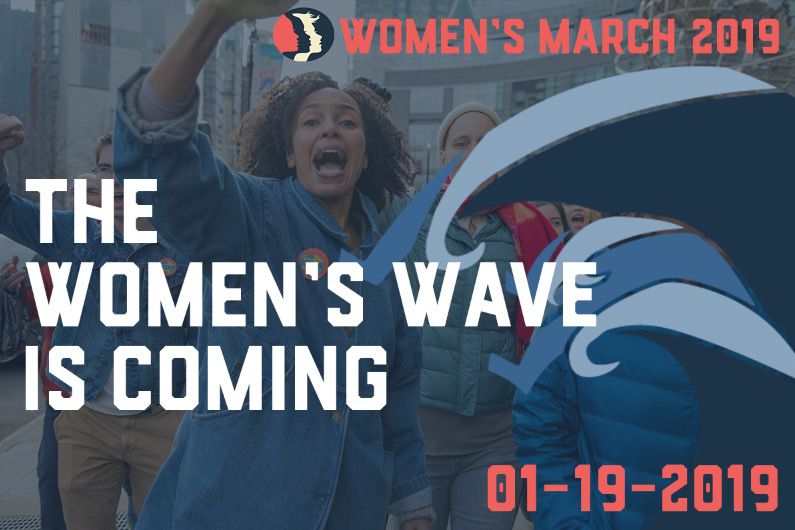 Statesboro's third women's march will take place in January. The first march, held in 2016 after Trump's inauguration, brought in over 300 people compared to the 60 the committee was expecting.

The Statesboro Women’s March will hold their third annual women’s march Jan. 19 partially in response to the midterm election results.

The event is still in the early stages of planning. March founder and executive board member Suzzane Shurling said the march is expected to begin at 1:19 p.m. on East Main Street and end at the Courthouse Lawn.

“[The route] is most visible to the community and accessible for students,” Shurling said. “Push comes to shove, it’s within walking distance.”

As with the previous marches, the purpose for the protest stems from political dissatisfaction and inequality toward women and minorities.

“It started the first year because of Trump’s inauguration,” Shurling said. “It’s become an annual thing, and I think it is important to come on the heels of midterms because while we did have a blue wave on Nov. 6, we didn’t in Georgia.”

Shurling said the focus of this march is community involvement as well as voter fraud and suppression in Georgia.

A hope for the march, Shurling said, is to rejuvenate people from election exhaustion.

“We busted tail for Stacey Abrams and Francys Johnson, and we’re exhausted,” Shurling said. “A lot of us are brokenhearted. It was rough to watch that lose. I feel that is felt throughout our community, so I hope this march will rejuvenate folks and show them that there’s still stuff to fight for and we can still make a difference.”

Some of the risks that come with the march come from local police and counter-protesters.

Shurling said that, while the march hasn’t had problems with the police “per se,” they understand the need to lessen police interaction during the march.

“As the national march pointed out for a lot of the people that we’re targeting, police bring fear,” Shurling said. “To have officers there in uniform with guns in a place like that just kind of distracts from the purpose and makes it feel less safe.”

To avoid as much police interaction as possible, the committee has chosen in the past to direct their route from areas the police can block off.

Another incident during the 2016 march included students from fraternities yelling at the marchers as they passed.

Shurling said that, compared to the 2016 march, she is more concerned about the safety of the marchers going forward.

“I was scared in 2016, but I’m a little more scared now,” Shurling said. “I feel people are getting more vocal and more ‘it’s okay now’ and to lay hands.”

Despite these concerns, Shurling said she feels the marchers will be safe.

“You can’t just let it slide. I’m not saying answer violence with violence, but we have to show folks that this isn’t okay,” Shurling said. “That’s how you get to the scary place we are at now. It’s been normalized. Before, people knew to say these things in their heads and not say them out loud. Now, they don’t know that it’s wrong to say them out loud. We have to show them that it is.”

A call for volunteers

The committee is holding a meeting in the Foy Building third floor conference room at 5:30 p.m. Tuesday to recruit volunteers. The committee is looking for individuals who can make signs, create chants and help with social media.

Shurling said, “We want to make sure we’re including the voices that don’t get heard from the beginning. We want to be sure that all communities are having a voice in how this march is planned and laid out.”