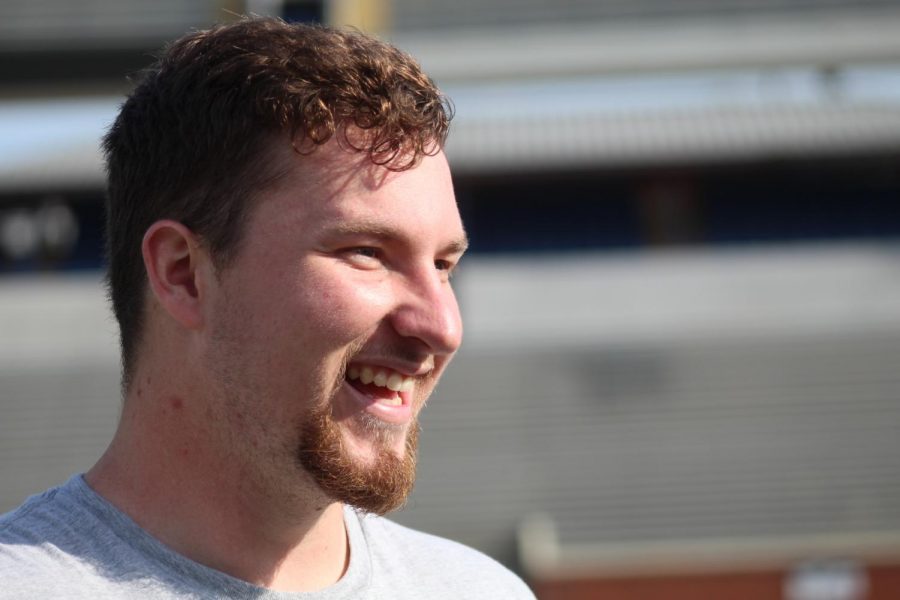 Ryan Langan and his teammates show out for NFL scouts at GS' Pro Day in Paulson Stadium on March 25.

On a breezy Thursday morning, four NFL Draft prospects showed off their skills for a handful of NFL scouts as a part of Georgia Southern’s annual Pro Day.

Not all measurements and times were released to the media, so here is what we know:

Byrd: 34-inch vertical jump and a 9’6” broad jump
Raymond Johnson: 33-inch vertical jump, 9’7” broad jump, 4.74 40-yard dash, and a 7.24 in the 3-cone drill
Langan: No measurements or times released, but all on-field snaps were seemingly perfect.
Michael Johnson looked impressive throughout the morning, but no measurements or times of his were released.

Due to COVID-19 protocols, only a limited number of media members and spectators were permitted to watch the outdoors portion of the morning.