Eagles back on the field to begin Spring practice 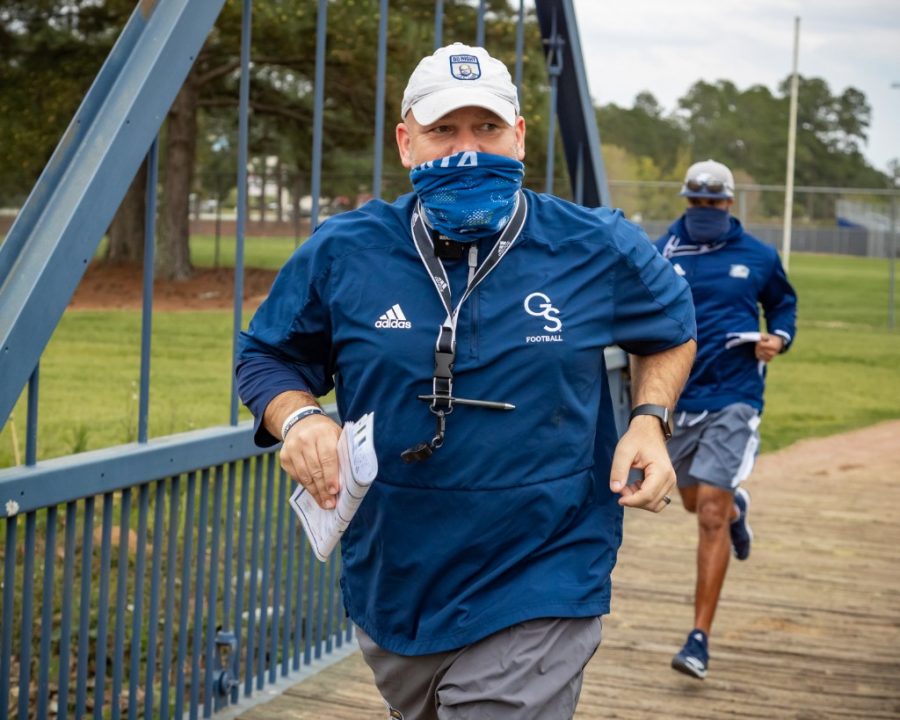 After a dominant end to the 2020 season, the Eagle football team was as ready as ever to get back on the field this spring. Wednesday marked the first of 14 spring practices before the annual Blue and White game on April 24.

The team boarded the traditional yellow school buses and was escorted by police to Eagle Creek, where the team crossed the bridge before beginning practice.

Media and fans got their first glimpse of transfers James Graham, Amare Jones, and Andrew Johnson in an Eagle uniform. Many freshmen saw their first action as a member of the GS team as well.

Many of the drills that took place were position drills, but a handful of team drills gave us a small glimpse into the quarterback competition.

Justin Tomlin and Graham split the majority of first-team snaps, but Jaden Jenkins also saw some work with the starters.

Samuel Kenerson appeared to be in a non-contact jersey, which limited the talented redshirt freshman.

The Eagles have 13 more practices, including two team scrimmages before the Blue and White game.