Hearing from the four NFL hopefuls at GS Pro Day 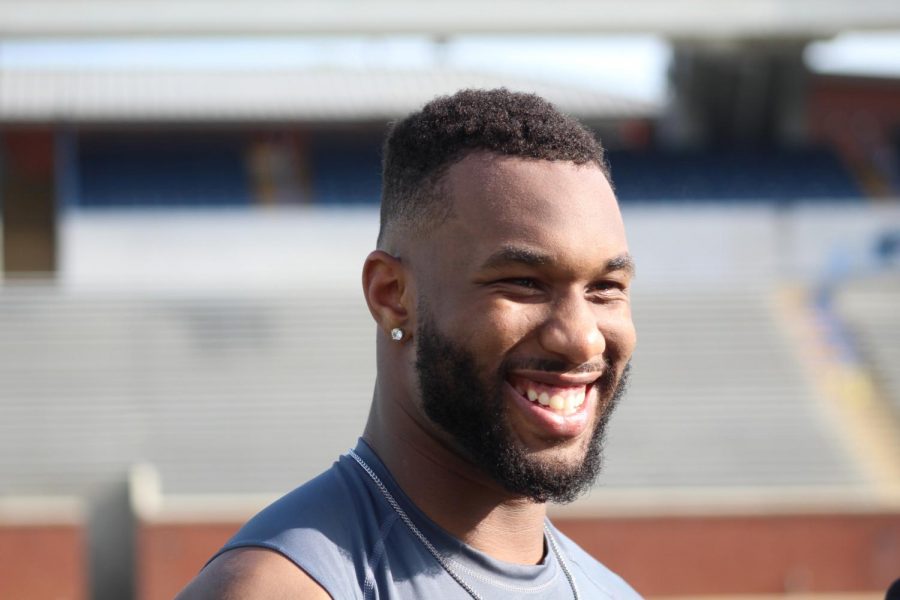 After showcasing their skills in front of nine NFL scouts and a handful of other spectators, the four NFL Draft prospects in Statesboro spoke to the media.

All four guys were anxious leading up to Thursday morning’s workouts, but all of them showed out for the scouts..

“I did not sleep a wink last night,” said Michael Johnson. “I was just so amped up to come out here and compete.”

GS head coach Chad Lunsford was also in attendance to support his former standouts. Many of the NFL scouts in attendance made conversation with Lunsford in attempts to learn more about the prospects.

“It is bittersweet, because I would love to have Rashad, Ryan, and Raymond back for another year, but it’s time for them to go ahead and try to go get their dream,” said Lunsford.

After the workouts were completed and selected measurements and times were released, all four guys felt they had done enough to impress the scouts in attendance.

When asked if he felt like he exceeded in any drills, Raymond Johnson singled out the 40-yard dash and the “L-drill.”

All of the players reconnected with NFL scouts, whom they have grown to know throughout the pre-draft process.

Byrd echoed the sentiments of the other prospects as he spilled his plans over the next few months.

“I’m going to be training, probably here in Statesboro,” said Byrd. “I might go to Atlanta and train a little bit and then it’s just getting ready. It’s go time now.”

The first round of the NFL Draft will begin on April 29. The second and third round will take place on April 30, and the final four rounds will occur on April 31.