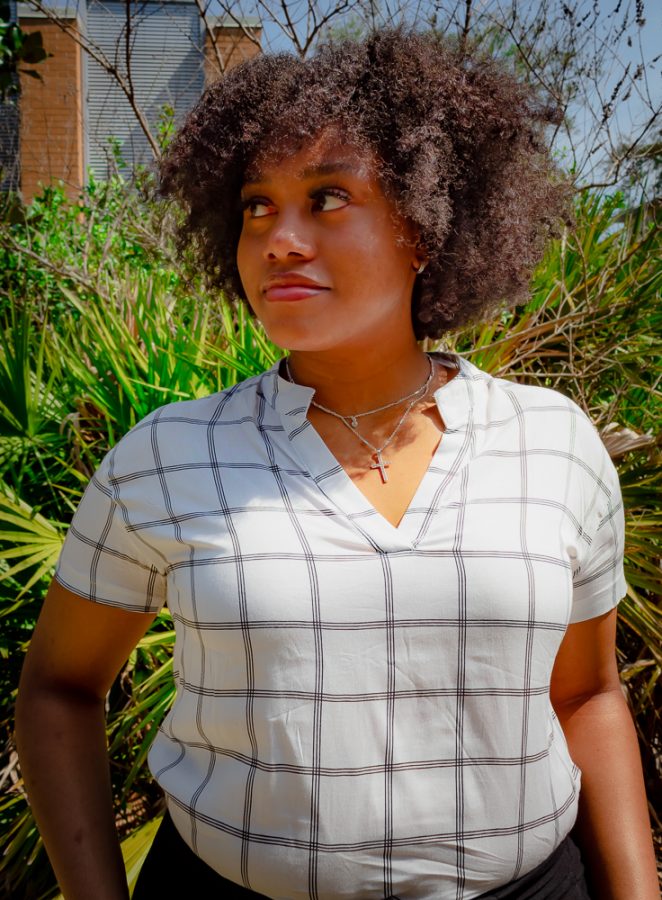 Meet Kody Jackson. She is a Sophomore in Computer Engineering. 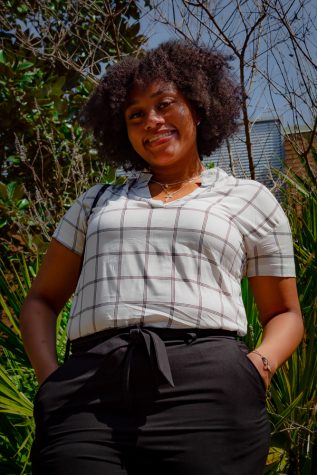 What made you choose this major?
“My dad worked in technology, so I was introduced to it at a young age, but growing up I went to a performing arts school. So, I really switched shifts to find out I was interested in STEM. I did a Girls Who Code Program before coming to Southern. It introduced me to coding and everything, but I was like ‘I like doing things with my hands, so let’s merge the two’. Then computer engineering, so I just took it and ran with it.”

How does being one of the only women in your classrooms affect your work ethic?
“It’s actually gotten better. Coming to Southern, I knew it was going to be like that, but it’s different from knowing and actually experiencing it. So, walking into my first engineering class and I’m like the only female and even the only African American female. It was kind of a letdown. I felt like I was such an outlier, but I couldn’t let that interfere with my work. I felt like I couldn’t relate to anybody in the class or maybe they’ll do better than me. Over time, I kind of just did stop focusing on that and now I barely notice that I’m the only female, African American female. I feel like just forgetting that has helped me a lot because in the end I’m still just going to earn my degree like they are even though I’m not the majority in the classroom.”

What does your STEM classes typically look like gender-wise?
“Male. Mostly male, if anything there are probably 2 to 3 other girls in my classroom. That’s probably the most I’ve seen. Then out of that, like race-wise, I’m probably the only maybe another one is African American with me. So, I feel like a durable minority in the class.” 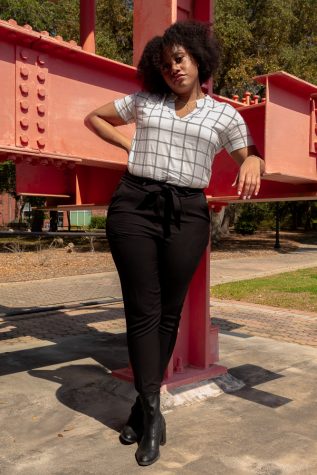 Do your teachers tend to ask the males more questions than the females? If so, how does that make you feel?
“Yes, definitely. It’s crazy because in my Intro to Signal Processing class, on the first day, he had some slides, and there was a meme that he posted. It was like ‘oh when a girl in the class asks a question’ and it was a laughing meme. That kind of put me off. It was very uncomfortable because you could tell he didn’t expect me to be in the class and I was like in the front row. It’s like you are making a joke out of a girl being in a classroom, which I get, it could be not the normal. Seeing that put me off a little bit because I didn’t expect that. Definitely, I feel like they go towards the males more, but I try not to make it seem like I’m being put on the back burner. So, if anything, if they are not giving me the attention that they are giving to the rest of the class then I just take the attention. I mean we are all paying the same amount to take the class, we are all in the same class, same level.”

Have you completed any internships yet? If so, was it hard getting them in the first place?
“No, I actually just started applying to internships. I just had an interview for one, so I am like in the interviewing process. Definitely trying to secure one for this summer. Especially since it’s my sophomore year.”

What is your future career?
“I don’t know yet. At this time it’s good not to know because it’s never a set thing. Like I could have a set thing right now but when I graduate it could flip. Really, I just want to make sure I’m in a career that implements growth. You see a lot of careers in STEM, people get one career and they are in that career forever. Especially, like working with computers, you would hear people say ‘I don’t want to work behind a computer my whole life’ and same. Even though I like doing it, I don’t want to still do that. I want to lead projects or do project management. I want to secure a career that will pay for my education in the case I want to pursue a master’s degree. Right now I’m interested in getting a business degree for something on the side to have or do like a two year program.” 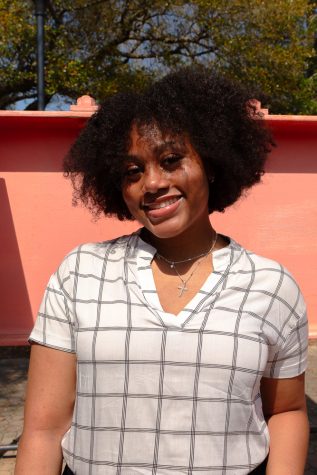 What impact do you want to make in your career?
“At the Girls Who Code program, it was like engineers coming to talk to us. It was one engineer that really stood out and she was African American as well. She was really the one who made me say ‘okay, maybe I can do this’ and before that, I didn’t really know that we were the minority in the field. Listening to her story was impactful and it influenced me to take a look into STEM. I kind of want to be that when I am in my career. For other young African American women to look at me and be like ‘I can do that too’. So that, in the future, hopefully, we are not the minority. We could break that standard. I mean it’s hard for me, so if more girls decide to go into STEM, it won’t be hard for them because they could see other people in their classes and feel more comfortable.”

What do you want to achieve before you graduate college?
“I want to have a career secured, but just be on that road to having a career secured. I mean I’m in college for a reason. I don’t want to leave and not have my plans lined up. From knowing other people and from my experience, I have seen people come to college, not have their goals and career lined up and basically, their degree is wasted. I put too much into this degree so far. It’s going to be put to use. I’m actually graduating a semester early, so I’m hoping by December 2022, I graduate. Then for that Spring semester just chill while still having opportunities coming, if I decide to go back to school, I will have that break.”

Have you won any scholarships towards your major?
“I have earned the Allen E. Paulson scholarship. They give it to any major in that school. I just applied to it again.” 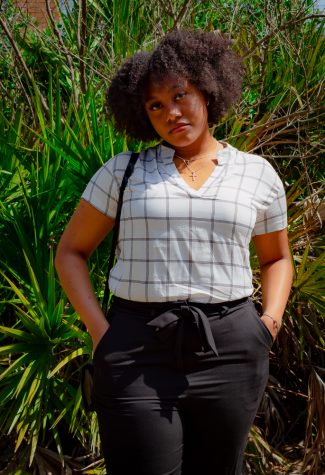 If you had a message for anyone who is just now starting their major and is in the same major as you, what will it be?
“Don’t be afraid to ask for help. People come here at different levels. Some come knowing how to code, and some people don’t know the basics of coding. So, you come and see what level they are at and what level you are at then try to level it out a little bit. It shouldn’t be a bad thing it should just be like ‘maybe I should ask for help’. I was so nervous going to professors especially the engineering professors because they look not approachable. Then you learn that they are approachable and that they are probably not a people person or something. If you are going to procrastinate, then make a plan. I am a big procrastinator. I just knocked up the due date a couple days, so I could wait to do it that day but it is done before the due date.”