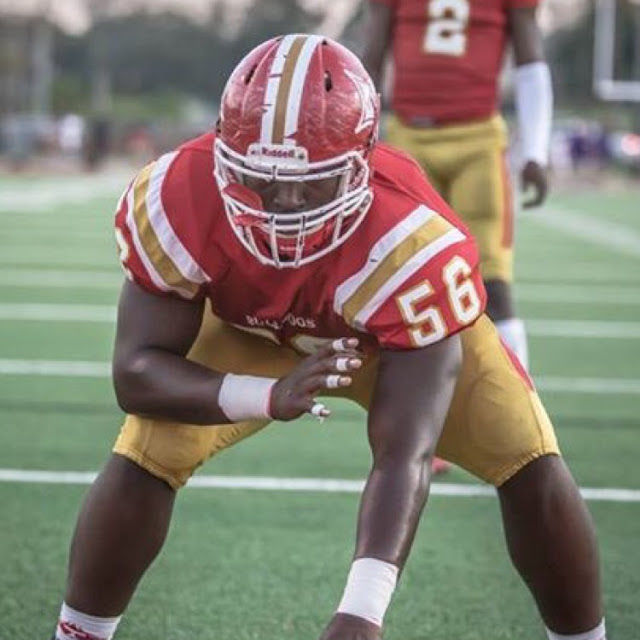 Javonte McGriff is a 3-star offensive lineman from Thomasville, Georgia and is the sixth 2019 offensive line commit for Georgia Southern.

Outside of the current season, the Georgia Southern Football Team received great news Tuesday in the form of a big-time commitment to the program.

The high school senior from Thomasville, Georgia is ranked the No. 81 offensive guard in the state for the class of 2019.

The 6’2, 266-pound lineman will add depth to the Eagles’ offense. Head coach Chad Lunsford, excited by McGriff’s commitment, took to Twitter and posted a GIF of himself celebrating on the sideline.

Before he makes the move to Statesboro for his collegiate years, McGriff is still competing in high school state playoffs. McGriff and his Thomasville squad will hit the road to take on Dublin High School in the second round of AA playoffs Friday, Nov. 16.

McGriff marks the sixth 2019 offensive line commitment for GS up to this point, moving the Eagles up to sixth in the conference recruiting rankings.