Election results: Kemp leading but Abrams hints at not conceding 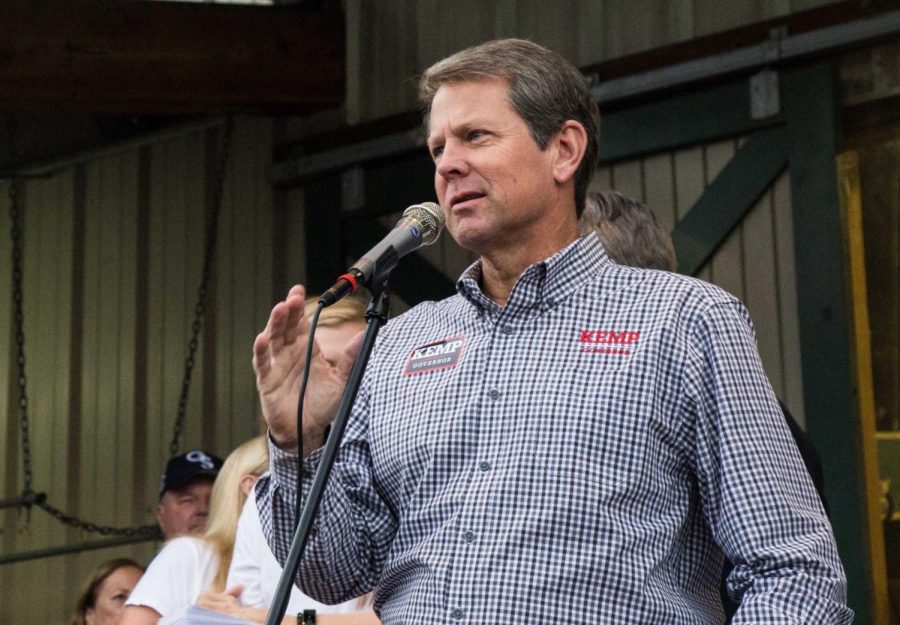 According to results published by the Associated Press, out of the 3,886,414 reported votes, Kemp received 50.5 percent, Abrams received 48.6 percent and Libertarian candidate Ted Metz finished with 0.9 percent.

Despite the 75,386 vote margin behind Kemp, Abrams hinted at not conceding to the results Wednesday morning.

“If I wasn’t your first choice, or if you made no choice at all, you’re going to have a chance to do a do-over,” Abrams said.

USA Today reported that Abrams’ campaign said they were waiting for tens of thousands of absentee and provisional ballots to be counted.

In an article by The Atlanta Journal-Constitution, Kemp said he is “confident” that he will win.

“There are votes left to be counted, but we have a very strong lead,” Kemp said. “And folks, make no mistake: The math is on our side to win this election.”

The George-Anne will update this article as additional news becomes available.

According to politico.com, out of 249,077 votes, Allen received 59.5 percent while Johnson received 40.5 percent. Johnson finished with a 47,107 vote margin above Johnson.

Both candidates took to Twitter to respond to the outcome of the race.

For a complete list of Georgia election results, visit politico.com.