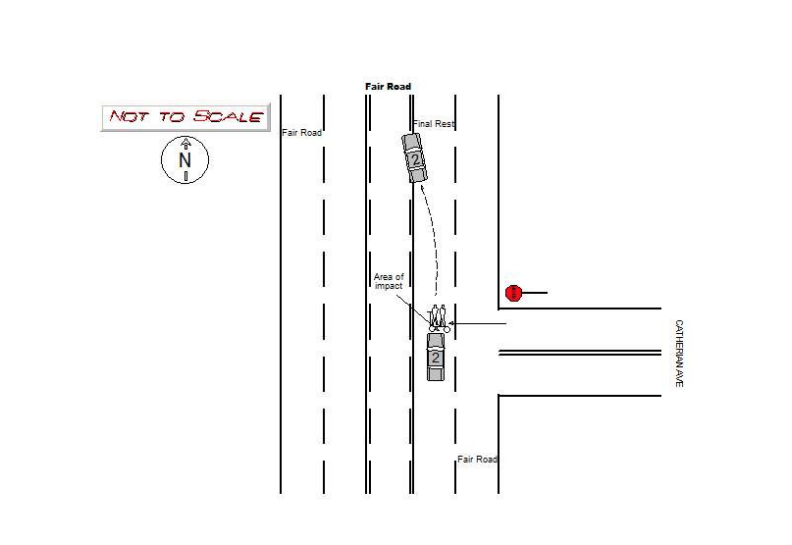 Two Georgia Southern University students received multiple injuries after being struck by a car on Nov. 16 while crossing Fair Road on a Lime scooter.

According to a Georgia State Patrol police report, GS students Daniel Cooney and Taylor McCullough were believed to be traveling west on Catherian Avenue on a scooter.

Driver Christopher Cutter was traveling north in the left lane of Fair Road in a 2009 Chevy Impala LTZ when Cooney and McCullough failed to yield. According to police reports, at the time of the crash Cutter was looking down and after looking back up notice the scooter and its passengers crossing into his path.

According to police reports, Cutter could not avoid the collision and struck the scooter with the front of the vehicle. After the impact both Cooney and McCullough were ejected from the scooter with one or possibly both striking the windshield of the car.

Cutter traveled approximately 135 feet 5 inches before coming to a stop, according to police reports. The scooters passengers landed in the left northbound lane, approximately 23 feet 9 inches from the front of the vehicle.

Cutter was not injured however, both Cooney and McCullough were flown to a hospital in Savannah following the crash, Ginger Robins, Georgia State Patrol Officer, said.

According to a GoFundMe post, McCullough has undergone surgery to relieve pressure and blood from her brain. McCullough also suffered broken cheek bones, broken pallet and broken leg.

The current condition of Cooney is unknown. The George-Anne will update this article as information becomes available.

“Prayers and hopes are needed for her and her family,” the gofundme account reads. “If there is anything beyond this that you might be able to help out with monetarily, please help by donating to her gofundme page to help her family with her medical expenses.”

Donations to McCullough can be made here. McCullough’s goal is currently set at $50,000.

Friendship Baptist Chatt Hills Church continues to post updates on McCullough’s condition on its Facebook page. According to a post made on Nov. 20, McCullough was able to speak on the phone and no longer requires a breathing tube.

“The first thing she said was to tell the church how thankful she is and she knows that she is only here because of your prayers,” Friendship Baptist Chatt Hills Church’s post reads. “Thank you so much and please continue to pray for her as she goes through her reconstructive surgeries.”