Struggles continue as Eagle hit the heart of the season 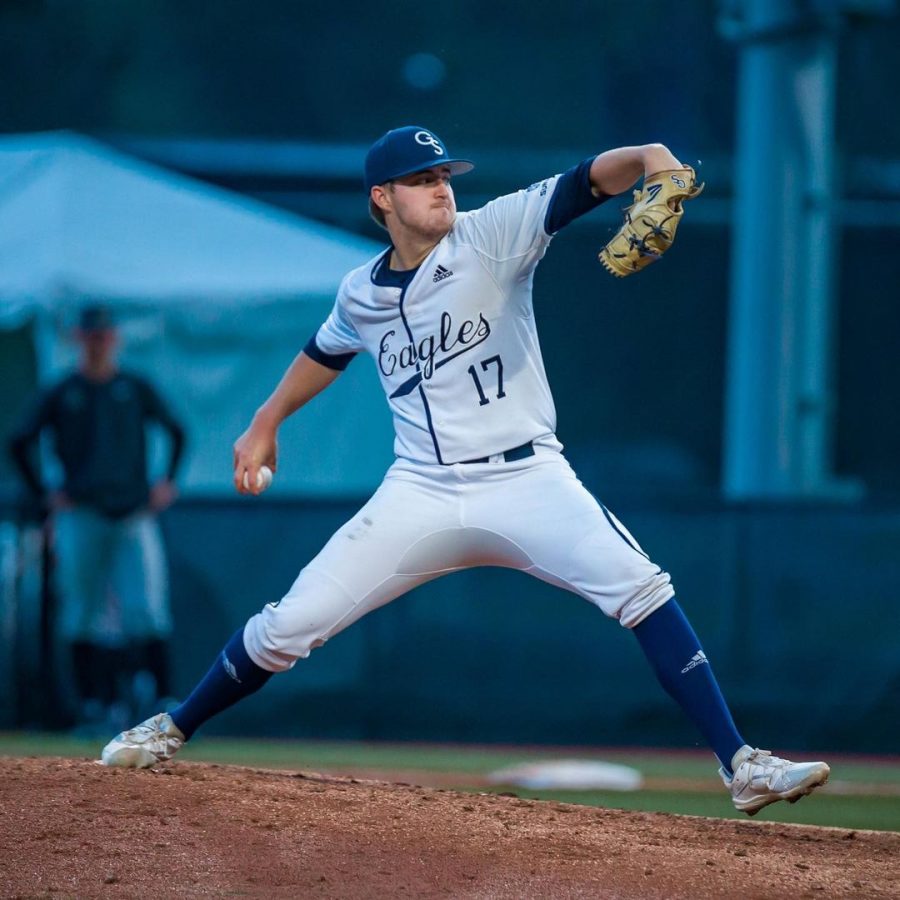 After claiming a series win over bitter rival Appalachian State, the Eagle baseball team looked to roll their momentum into a weekend series at Georgia State.

On Thursday, the Eagles looked absolutely dominant. GS logged a whopping 24 hits en route to a 23-1 victory over the Panthers. 12 different Eagles logged at least one hit, including five players who recorded three or more hits.

Tyler Owens struck out five batters in six innings on his way to a third win on the mound, which puts him at 3-0 on the season.

This momentum would be short-lived as the Eagles fell to the Panthers in extra innings on Friday. Georgia State walked away with a 7-6 walk off victory.

GS left 10 runners on base, which has become a common theme for the Eagles this season. Ben Johnson took the loss for the Eagles, causing his record to fall to 1-3 in 2021.

The Eagles’ rollercoaster weekend continued on Saturday when the Panthers clinched the series with a 3-2 victory.

Jarrett Brown recorded three hits to lead the Eagles, while only three other Eagles logged at least one hit. Jordan Jackson struck out six batters, but watched his record fall to 1-4 on the season.

After their miserable weekend, the Eagles are currently 13-13 (4-5 SBC) on the season.

GS will be back in action on Tuesday night as they travel to Athens to take on the Georgia Bulldogs. The game will be televised on SEC Network+.