Eagles take down the Dawgs in Athens 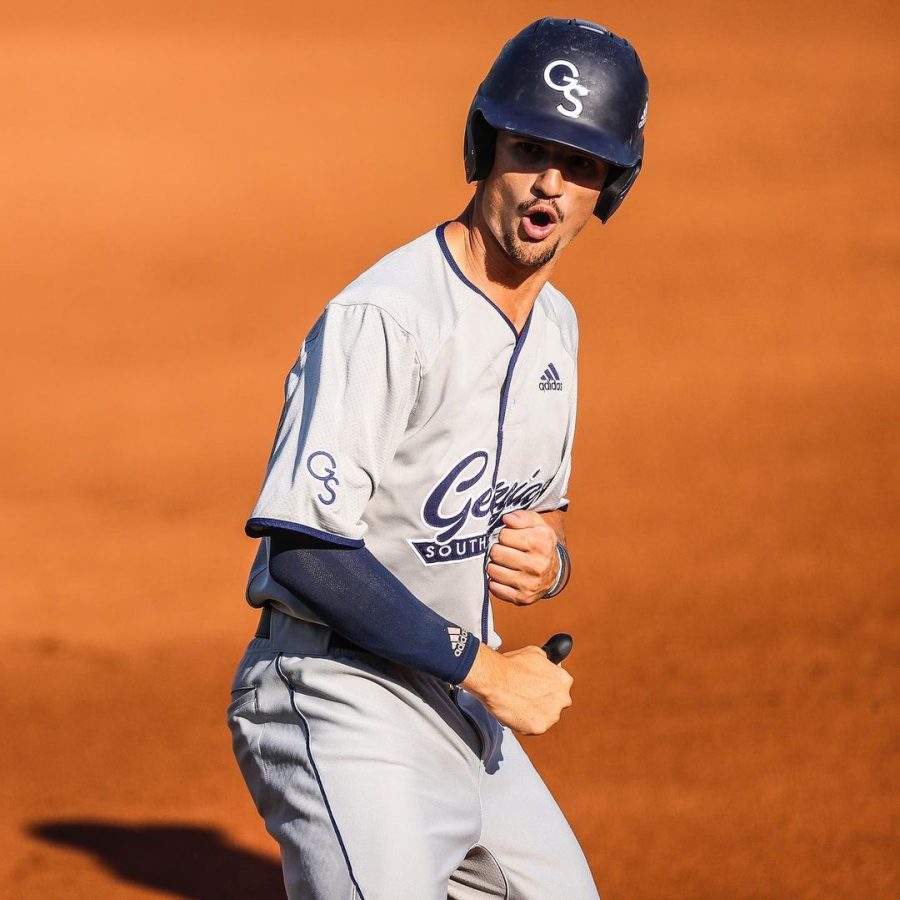 After letting the Georgia State series slip through their hands, GS had a quick turnaround before their midweek matchup in Athens.

The Tuesday matchup was the second of two midweek games between the Eagles and the Bulldogs. Georgia won the matchup in Statesboro, 5-2.

On Tuesday, both offenses struggled to get going and entered the fifth inning still knotted at zero.

In the bottom of the fifth inning, UGA shortstop Cole Tate broke the ice with a solo home run to give the Bulldogs their first lead of the game.

However, GS left fielder Mason McWhorter quickly responded with a solo home run of his own in the sixth inning. This was McWhorter’s eighth home run of the season, just four short of his career high.

The game remained tied at one until the ninth inning, when GS right fielder Christian Avant launched his fourth home run of the year. This home run propelled GS to their first lead of the game.

In the bottom half of the final inning, Nick Jones quickly retired all three UGA batters to clinch the 2-1 win for the Eagles.

Avant was the only Eagle to accumulate multiple hits, while Braden Hays picked up his first win of the season on the mound.

GS will be back in action this weekend as the University of Louisiana-Monroe travels to Statesboro for a three game series. First pitch is set for 6:30 p.m. on Friday, 2 p.m. on Saturday, and at noon on Sunday.