GS climbs out of last place in Sun Belt standings 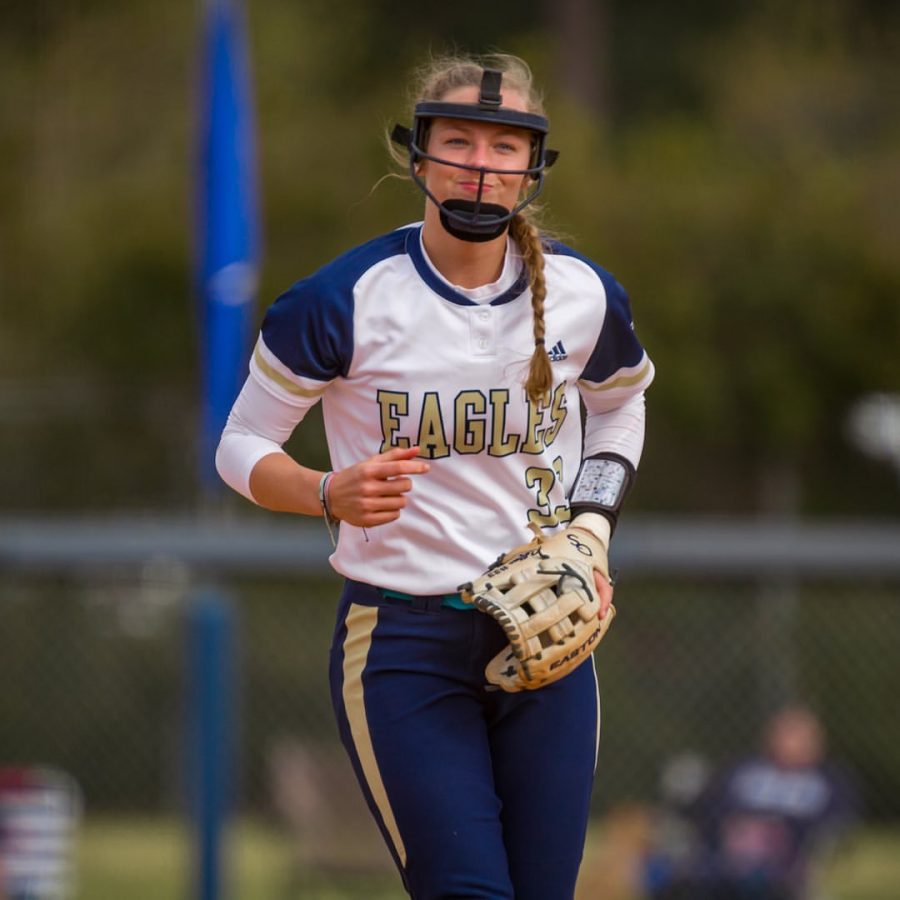 After beginning Sun Belt play with a nine-game losing streak, the Georgia Southern softball team finally took down a conference foe this weekend.

After two consecutive road trips, the Lady Eagles once again were forced to travel as they took on the Coastal Carolina Chanticleers.

Harlee Rewis pitched less than an inning but watched her record on the mound fall to 1-2 on the season.

GS righted the ship in a big way on Saturday as they took down the Chanticleers in six innings. Bailee Wilson’s first inning home run catapulted the Eagles to a dominant 9-1 victory, their first conference win of the season.

On the mound, Kyleigh Richardson pitched 4 ⅔ innings and pushed her record to 3-4 on the mound in 2021.

To close out the series on Sunday, the Lady Eagles scraped out a hardfought 7-6 victory to clinch their first series win in conference play.

The Eagle offense was once again firing on all cylinders as eight players recorded at least one hit. However, Shayla Smith was the standout performer with two home runs on the day.

Rylee Waldrep pushed her record to 3-4 on the mound this season, while Harlee Rewis recorded her first save of the season.

After the successful weekend, the Lady Eagles now sit at 9-18 (2-9 SBC) on the season. As a result, the Eagles jumped Georgia State and CCU and now sit in eighth place in the Sun Belt standings.

GS will be back in action on Tuesday night as they host Charleston Southern for a double header. First pitch for game one is set for 4 p.m. and both games will be televised on ESPN+.