GS back in game-like action for first time since Fall 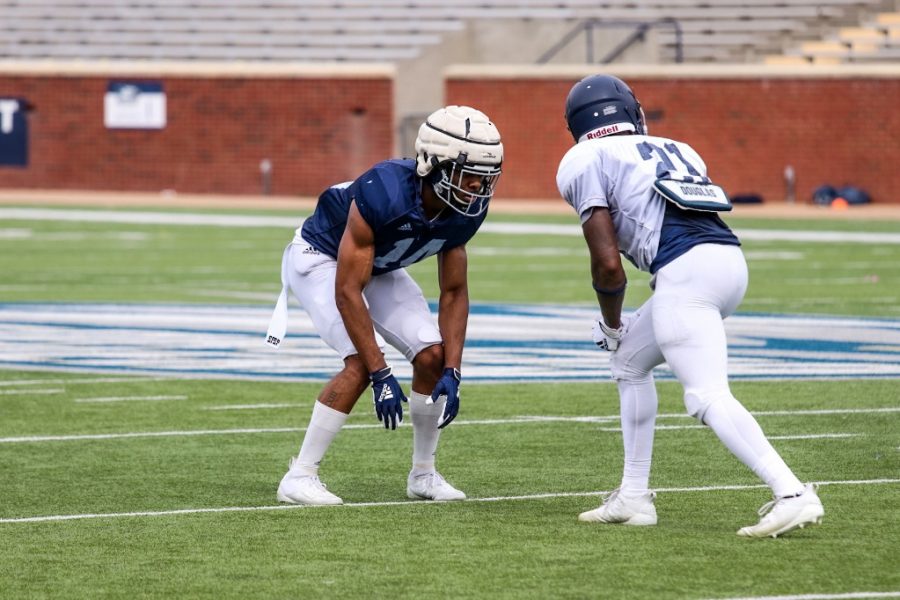 On Saturday morning, the Georgia Southern football team held a 75-play full scrimmage, their first of the spring season.

As expected, Justin Tomlin headed the first team offense alongside Logan Wright at running back. Tomlin went 6 for 10 for 110 yards and two touchdowns, while Wright rushed for 93 yards and a touchdown.

Perhaps the most pleasant surprise for the Eagles came from redshirt freshman QB Connor Cilgeske, who got the start due to the absence of Georgia Tech transfer James Graham.

Cilgeske went 8 for 13 for 66 yards, capped off by a 22-yard touchdown pass to Darius Lewis.

A clean performance from defense and special teams

While the offense put up over 400 total yards, the GS defense also showed flashes of greatness on Saturday.

Cornerback Derrick Canteen showed why he was a 2020 freshman All-American by locking up any receiver he was tasked with guarding.

Myzel Williams, Jordan Mitchell and Justin Ellis all recorded one sack. In addition, Ellis forced a fumble that was recovered by Dillon Springer. To finish the day, Isaac Walker picked off an Alex Bowen pass on the final play of the game.

“We had a lot of good things and a lot of bad things, probably typical of the first scrimmage,” said head coach Chad Lunsford. “There was a lot of positives out there that we’re going to really be able to build off of. I thought the guys came with a good frame of mind today.”