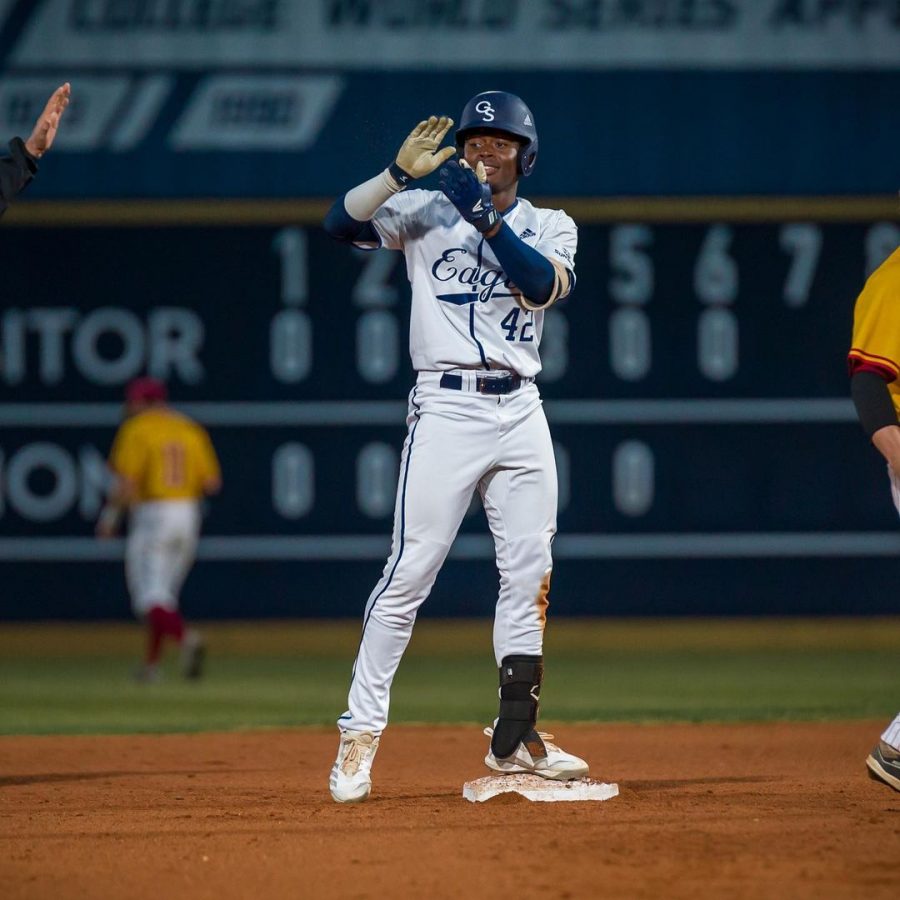 Just four days after taking down the Georgia Bulldogs in Athens, Georgia Southern was back in action over the weekend as they hosted Louisiana-Monroe.

To open up the series on Thursday, the Eagles overcame a three-run deficit to take down the Warhawks, 4-3. After a three-run ULM home run in the fourth inning, GS scored all four of their runs in the sixth inning.

On Saturday, the Eagle defense looked much more polished. After falling behind by one run in the first, GS found four runs of their own en route to a 4-1 victory.

Five different Eagles recorded at least one hit, while Noah Ledford and Jarrett Brown were the only GS players to record two hits.

Freshman pitcher Chase Dollander threw 100 pitches for just the second time this season and watched as his record improved to 4-1.

After two close games, Sunday’s 7-1 blowout victory to clinch the sweep was a welcome sight for Eagle fans.

In what seemed like a recurring theme over the weekend, seven different Eagles recorded at least one hit, including five who recorded multiple hits; however, Mason McWhorter stole the show with a three-hit performance.

Jordan Jackson pitched seven innings and struck out five batters as his record improved to 2-4 on the mound this season.

After the sweep, GS currently sits at 17-13 (7-5 SBC) on the season. The Eagle currently sit in second place in the Sun Belt’s East division and hold the conference’s longest active win streak at four games.

GS will be back at 6 p.m. on Tuesday night as they host North Florida, who they previously took down 3-1. Tuesday’s game will be televised on ESPN+.