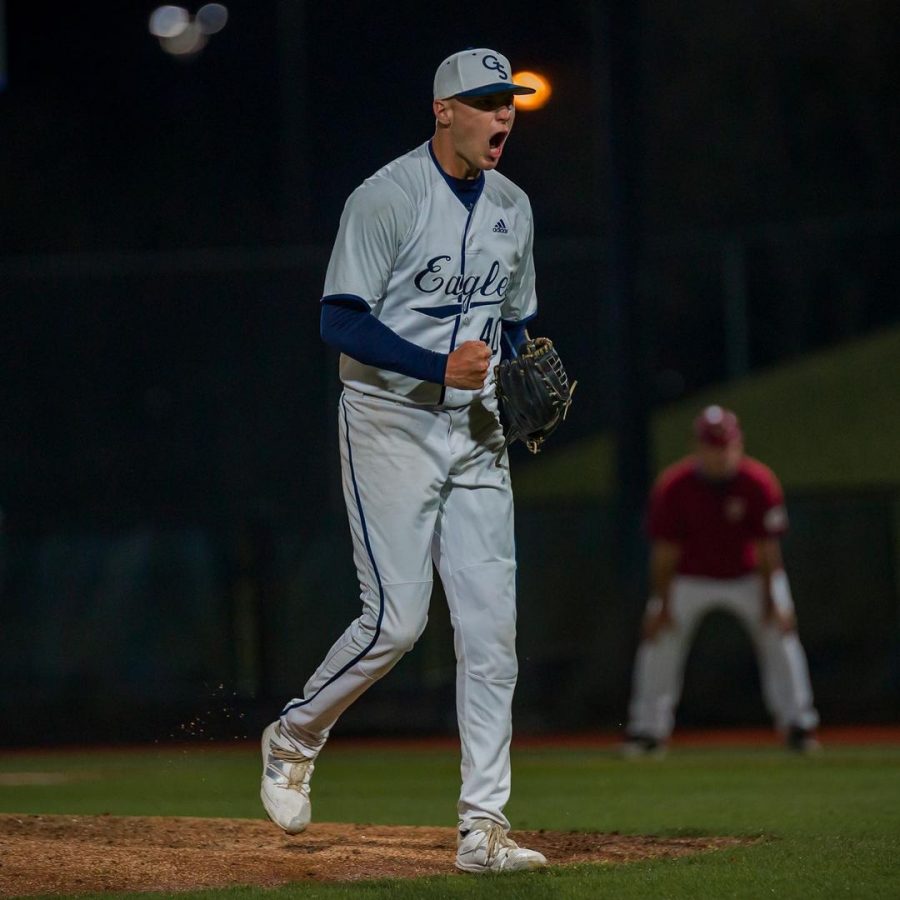 After a dominant weekend sweep of Louisiana-Monroe, the Eagles rode their wave of momentum into Tuesday’s matchup against North Florida.

Tuesday’s game was the second game between the schools this season. Georgia Southern won the first matchup by a score of 3-1.

The Eagles wasted no time getting the offense going and led the Ospreys by four runs after just two innings. Three of the Eagles’ runs came by way of home runs from Steven Curry and Christian Avant.

However, after an Abraham Segura home run, the Osprey offense found their footing and fought back to take the lead. After the fourth inning, UNF held a two-run lead over the Eagles.

An Avant single in the sixth brought in two runs to tie the game up at six runs. The crucial hit was Avant’s third of the game.

In the seventh inning, an error on a routine ground ball allowed two Eagles to score what ultimately became the game-winning runs in the 8-6 victory.

After the win, GS sits at 18-13 (7-5 SBC), which is good enough for second place in the Sun Belt’s East division. The Eagles’ five-game win streak is easily the longest active streak within the conference.

The Eagles will be back in action on Wednesday night as they host Mercer. First pitch is set for 6 p.m. and the game will be televised on ESPN+.