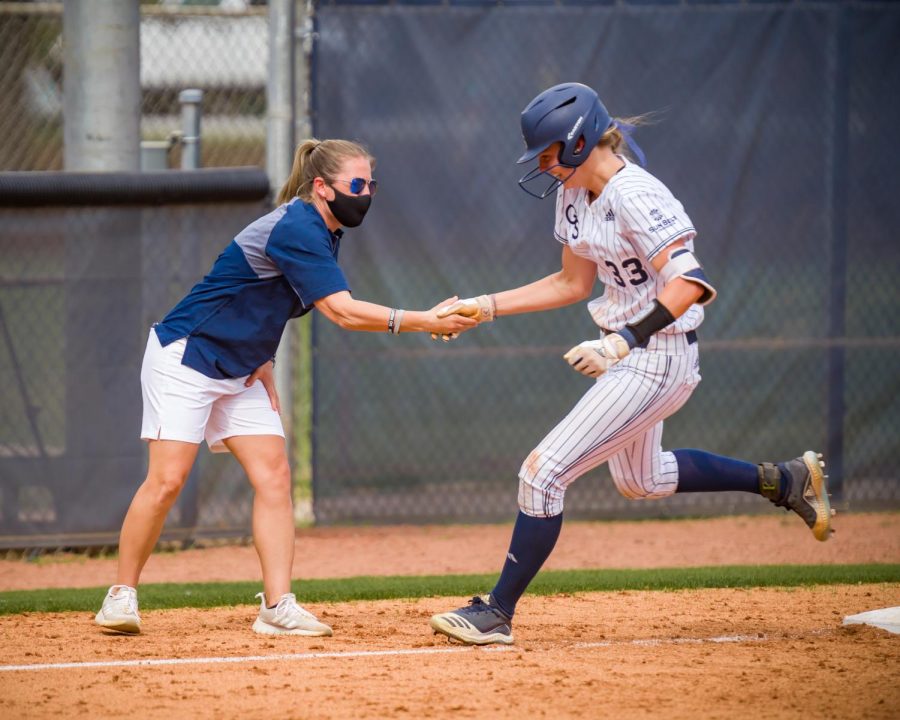 Despite entering the 2021 season with high hopes, the Georgia Southern softball team has not found their way this season.

Through 29 games, the Lady Eagles sit at 9-20 (2-9 SBC), which is currently good enough for eighth in the Sun Belt standings. However, GS is currently the only Sun Belt team yet to eclipse double digit wins.

On the offensive side, sophomore Baillee Wilson and junior Faith Shirley have emerged as a lethal two-headed attack. In addition, junior Ashlynn Gunter has emerged a force to be reckoned with at the plate.

Wilson and Shirley have both accumulated 33 hits, in addition to 11 and 21 RBIs, respectively. Gunter has recorded 29 hits and nine RBIs. Shirley has emerged as the Eagles’ power hitter, recording seven of the Eagles’ 23 home runs.

The Lady Eagles’ pitching staff, made up of a combination of five pitchers, has faced its share of difficulties throughout the season as well.

One bright spot for the pitching staff has been sophomore Kyleigh Richardson, who currently holds a record of 3-5 on the season. Richardson, who went 3-0 during a shortened 2020 season, has an ERA of 3.75.

Sophomore Aaliyah Garcia has also shown flashes of greatness on the mound this season, but currently has a record of 2-4. Garcia leads the Lady Eagles in strikeouts, with a total of 31 this season.

The Lady Eagles will conclude the 2021 season with four more weekend series, two of which will take place at Eagle Stadium. In addition, GS will host Jacksonville University for a single midweek matchup.

The Sun Belt conference tournament will begin play on May 11, just four days after the Lady Eagles will complete the regular season.