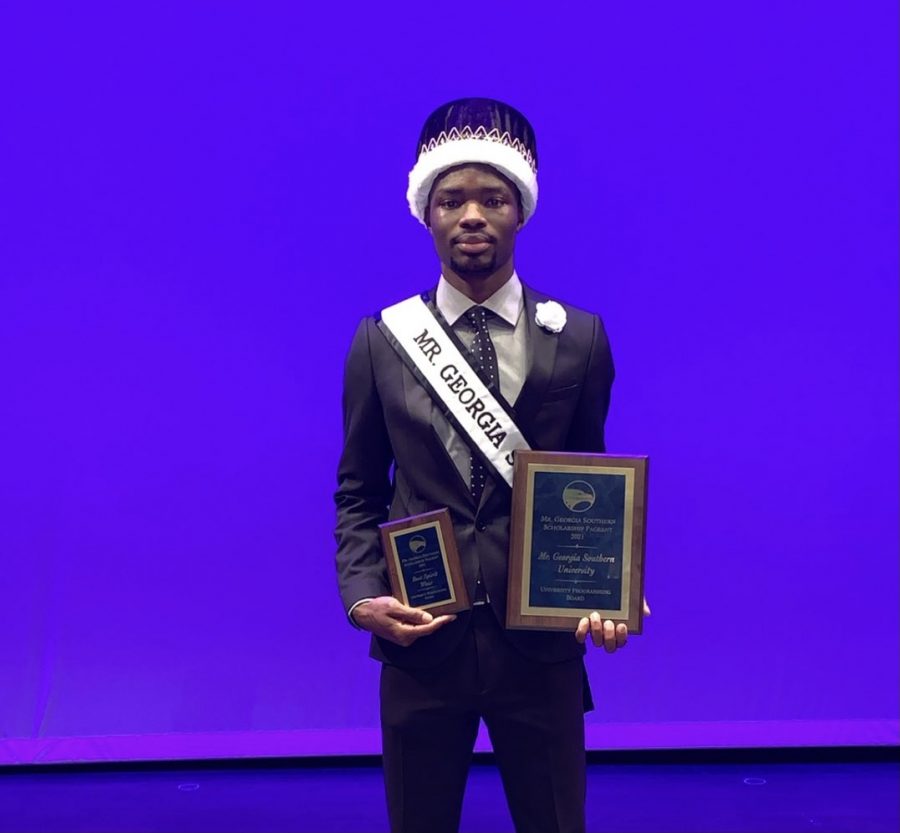 Shahad Smith stands with his awards after being crowned 2021's Mr. Georgia Southern on April 8.

Last Thursday was the 15th annual Mr. Georgia Southern University where the 6 initial contestants competed for the title, a $1,000 scholarship and some sponsored prizes.

The 2021 Mr. Georgia Southern University is criminal justice major senior, Shahad Smith. Smith is heavily involved in organizations around campus and in giving back to the community which exemplifies this year’s Mr. GSU theme of “A Southern Superhero”. You can read more about some of the organizations that Smith is involved with here.

The two runner ups were Christopher Castro who won the Best Formal Wear and Best Talent Awards, and Kenterious Goolsby who won second runner up and tied with Tray Milton for Best Lifestyle and Fitness Award.

The George-Anne spoke with Kyra Belk, the vice president of special events of the university programming board of the Statesboro campus, who oversaw the event prior to the event who gave us some insight into some of the moving parts of the competition.

The event, which was organized by the University Programming Board, had limited seating in the PAC but those who wished to attend and vote for the People’s Choice contestant, won by Tray Milton could do so through Instagram where the event was being live streamed.