Three things to remember about wildlife on campus 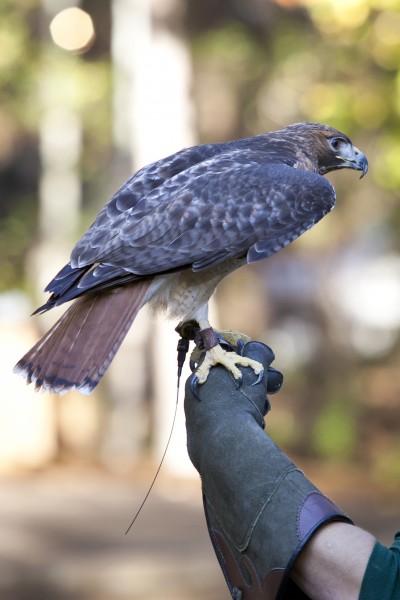 It’s that time of year when the geese return to campus to have their goslings and chase campus attendees who make the unfortunate mistake of walking too close to them.

We reached out to Scott Courding, the wildlife curator of the Center for Wildlife Education and The Lamar Q Ball, Jr Raptor Center, to see what advice he has on how to avoid any unfortunate encounters with the wildlife that resides on campus.

He gave us three simple rules and then some helpful information in case of more specific wildlife encounters.

1.)While it might be tempting for some: don’t feed the wildlife, Courdin explained,“[…] because what is being fed to the animals generally is not very nutritional. Wheat, bread, is usually what is being fed to them, is not healthy for them. […] There is plenty of food for these animals on campus without it being supplemented by people who are throwing food to them.”

2.)Stay away from the animals, where he used the example of the“The geese and ducks sometimes will hang around the sideways.” he explained, “Walk around them, don’t try to approach them. The geese can get pretty aggressive if they have young around. They’ll defend the young and chase people, which is never a good thing.”

3.)“Best thing, I would say, sit back, watch it. We do have a large variety of animals commonly seen on campus so just enjoy it. But enjoy it with a hands off attitude.” he advised.

“Raccoons obviously can be truly dangerous because they can cause a fair amount of damage with their teeth and claws. They can also carry rabies which isn’t a good thing.” Courdin explained. Which is something that he also cautioned back in 2017 when the raccoon was caught pulling off a daring sandwich heist.

“If you see a snake, walk away from it. Take a few steps back and make a big circle around the snake if it’s blocking your way.” he advised as well as taking the precaution and treating each snake like it might be venomous by giving it space since at the end of the day they can all bite.

He did explain that in his 23 years of experience with both on and off campus snake recovery, and receiving hundreds of pictures asking to identify the snake only one has been venomous.

In cases of moving turtles crossing the roads that criss-cross campus he advised, “We do have snapping turtles on campus, so they need to be very cautious if they want to do that. I understand that people want to move animals out of the way, and that’s fine, but they don’t need to take it off campus or anywhere else. They just kind of need to move them to the side of the road to which the turtle was traveling to begin with.”

Courdin explained that the spring months are when they start receiving more calls about young animals being found. He expressed that it’s best for the uninjured young animal to be left there, “Leave them where they are, the parents will usually take care of them.”