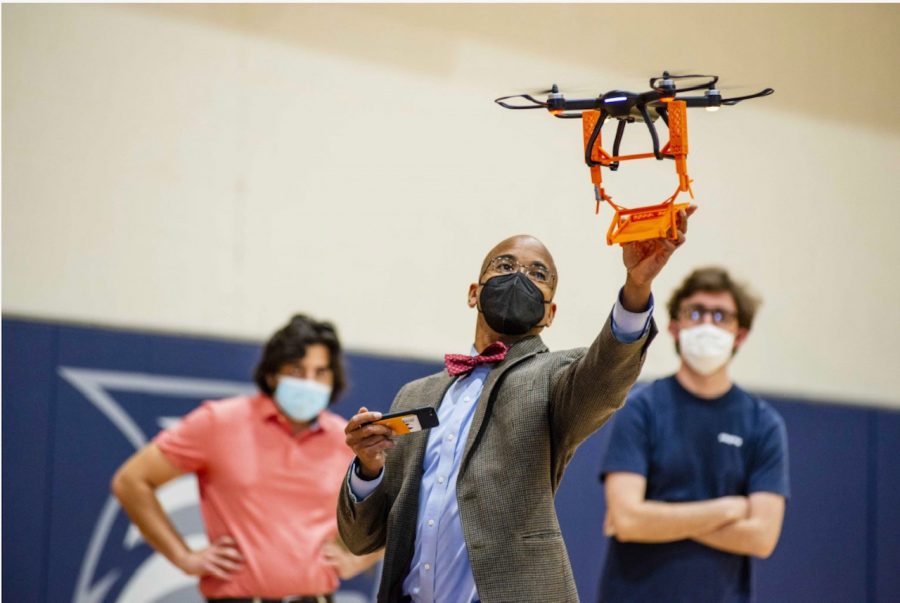 The competition made sure not to downplay how important presentation is in the STEM fields. Jenkins High School was awarded “Best Presentation” with Cavalry Day earning runner up.

All of these student teams were mentored by Georgia Southern students from both the Armstrong and Statesboro campuses and were also each assisted by an engineering professor.

The students were challenged to replicate NASA’s Artemis Missions, which are designed around drone operations on the moon, leading into an eventual project on Mars. The Artemis Missions also have the eventual goal of getting the first woman on the moon.

To replicate aspects of the Artemis Missions, students had to use their own design to carry as much “lunar soil” (actually pinto beans) as possible from the collection site to their designated home base. They were also tasked with figuring out if a propeller-based drone system would operate correctly on the moon. Every team figured out that a propeller would, in fact, not work well on the moon due to lack of atmosphere.

The students were graded on how well they were able to transport the material from one location to another, but they were also graded on presentation. Each team submitted a video that detailed their methodology, the software they used, their challenges and how they fixed them.

Student presentations also described the nature of the Artemis Missions, how the mechanisms of their drone worked and how they were created. Students also walked viewers through the massive amount of math and physics understanding that is required to undertake activities such as these, especially at a young age.

The process was very advanced, relying on detailed calculations, and sometimes utilizing advanced software to determine the variables needed to successfully harvest lunar soil. There were no restrictions placed on the strategies students could use, so it was interesting to see who had similar ideas and who came up with something completely different.

According to Dr. Wayne Johnson, a mechanical engineering professor and the host of the presentation, Portal High School’s Team 2 earned their victory by outperforming in the area of material collection. Their presentation was solid enough so that the strength of their results was enough to get them the overall win.

Students in their videos mentioned that the experience was eye-opening. Several remarked that the sheer amount of work that they had to put into such a small-scale project made them realize the vastness of projects coming from NASA and SpaceX.

The teams all got to show off videos of their drones in action, and many impressive designs were on display, most with a capability of scooping the materials, maintaining stability, and returning home. The videos highlighted how sensitive the calculations were for maintaining weighted flight, again showing how much work these students put into these projects.