Neill Prewitt Chose the Winners of the Competition 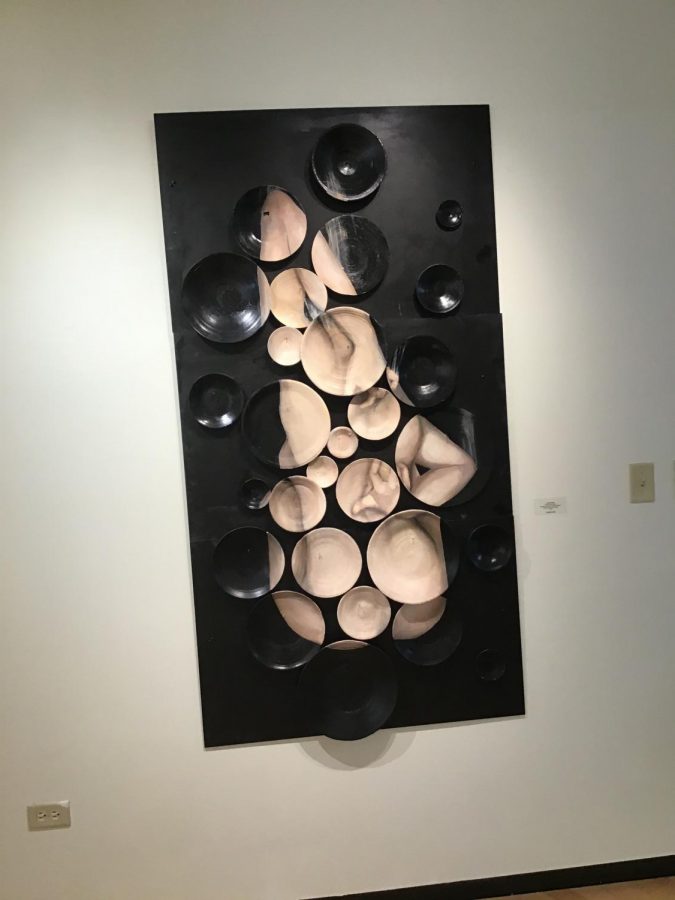 Neill Prewitt, a lecturer at the Georgia State University, acted as guest juror, and chose first through third place as well as five honorable mentions.

“Lost Pieces” created by Kaitlyn Anderson won first place. “I was very impressed with the multiple media used in the work, and that all those media came together in not only a cohesive work but one that I find both very engaging and mysterious…I feel close to the body, and yet push away from it or denied it at the same time. That tension keeps me interested in the work,” Prewitt said in his juror’s statement.

“Coral Reef Bleaching in Motion” created by Nina Samuels won second place. “I appreciated the repetition of the three forms that make up the work, and of their similarities in both form and texture as well as their variety. I find the shape of each of the forms to be a really compelling organic shape, but it’s the texture and the color where I think the delight is. These are obviously labored over; there’s an amount of realism in them, as well as fantasy,” Prewitt said.

Isabella Boronat’s “girls’ night” won third place. “I found this a very compelling painting that rides a line between abstraction and representation, and is very contemporary in its conversations about identity and gender, down to the detail of the shirt pushing off of the shoulder on our right,”

The first honorable mention was “Earrings” created by Sophia Nienke. “These are really fun! I’m enjoying the odd humor of teeth as jewelry, as well as the evidence of the hand in forming the éteeth,” Prewitt said.

Yaschira Camacho‘s “Routines” also received an honorable mention. “I’m really appreciating the unity and variety of the nine images across this work. There’s an intimate quality of vignettes of everyday life. I appreciate the different perspectives within each panel, and the references to conventions of space along with the looseness of the illustration,”

Kailey Gaskin’s “Oni” also received an honorable mention. “The combination of media and techniques is immediately striking and rich. I see what looks to be some laser-cut metal along with distressed surfaces, combined with textiles. The symmetry and ornateness creates a fearsome image,” Prewitt said.

The final honorable mention went to Kaitlyn Roberts for her piece, “Billie”. “I was instantly drawn to the color scheme of this painting, which I know is appropriate for the subject matter. In a lot of the digital paintings that were submitted, I saw artists enjoying the freedom of creating a world. I felt like this work is doing that, but in a way that has more restraint and therefore for me is more impactful,” Prewitt said.

Students who are interested in buying any of the pieces should contact the Gallery Director, Raymond Gaddy at rgaddy@georgiasouthern.edu.