Eagles now have less than a week until the spring game 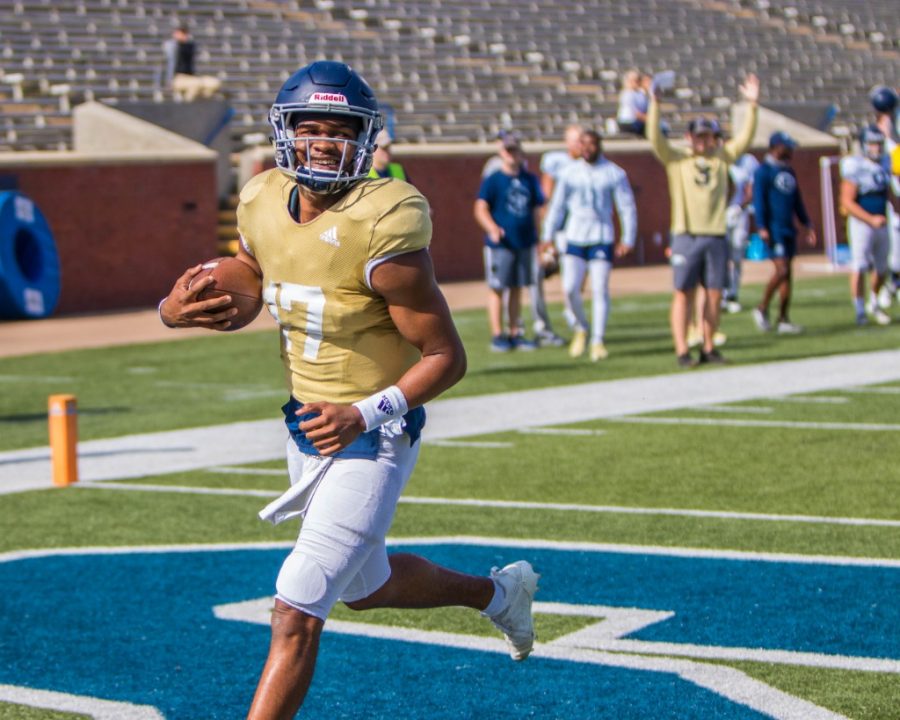 Justin Tomlin (#17) scores a touchdown at GS' final scrimmage game of the spring.

Just one week after holding the first scrimmage, the Eagles were back in action for the second and final scrimmage of the spring.

The offensive performance was very balanced for GS, as they racked up 245 rushing yards and 214 passing yards.

Quarterback Justin Tomlin went 7 for 10 with three touchdowns and one interception and ended the game with six consecutive completions. Tomlin also rushed for a fourth touchdown.

“I feel like we created a lot of explosive plays today,” said Tomlin. “ A lot of good things from young guys today, so I feel like today was a good jump for the offense.”

“We just got better as an offense today,” said Hood. “I feel like we clicked a lot more and really everybody was doing their job and doing it for the next man.”

The rushing game was led by Hood and Logan Wright, but the entire running back group looked strong.

Despite allowing 459 total yards, the Eagle defense once again put together a strong performance on Saturday.

The icing on the cake for the defense was a fumble recovery by redshirt senior linebacker Tre Allen. The fumble would have been returned for a 73-yard touchdown, but was blown dead before Allen reached the endzone.

“Defensively, I think we’re really solid across the board,” said head coach Chad Lunsford about the team’s defensive performance. “Obviously, we want to continue to see the linebacker grow.”