GS pick up a conference win, but lose series 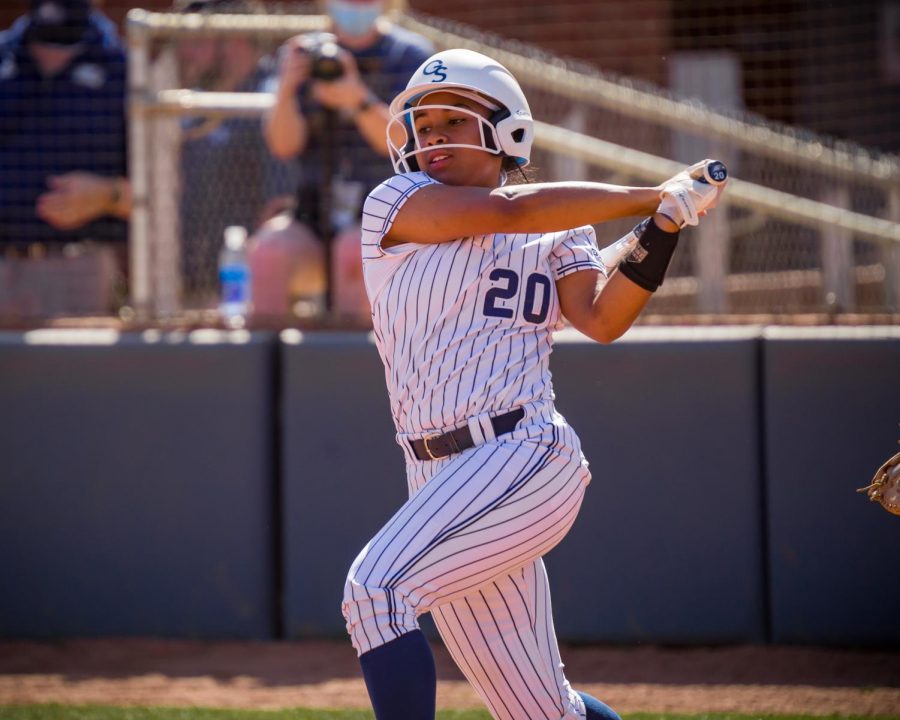 After losing both games of a midweek doubleheader at home to Charleston Southern, the Lady Eagles were back in action over the weekend as they hosted Appalachian State.

GS got out to a dominant start on Friday and took down the Mountaineers. Home runs from Bailee Wilson and Janai Conklin catapulted the Eagles to an 11-3 victory.

Wilson also recorded a triple, just the fourth of her college career. Aaliyah Garcia improved her record to 3-4 on the mound and Kyleigh Richardson recorded her first save of the season.

The high of Friday’s win would not last long as the Mountaineers cruised to a 6-3 victory to even the series. The Mountaineers recorded 16 hits, their second highest total of the season.

For the Eagles, a Shayla Smith home run was one of the few bright spots of the game. Rylee Waldrep only pitched one-third of an inning, but watched her record fall to 3-5.

The Lady Eagles got out to a great start during Sunday’s rubber match, but ultimately fell to the Mountaineers. After opening up a 2-0 lead, the Mountaineers scored five unanswered runs to claim the series with a 5-2 victory.

Mekhia Freeman, Olivia Creamer and Wilson all recorded two hits for the Eagles. Anna Feil remained winless on the mound (0-6).

GS will be back in action as they host Jacksonville on Wednesday. First pitch is set for 5 p.m. and the game will be streamed on ESPN+.