Eagles back in the win column with dominant victory 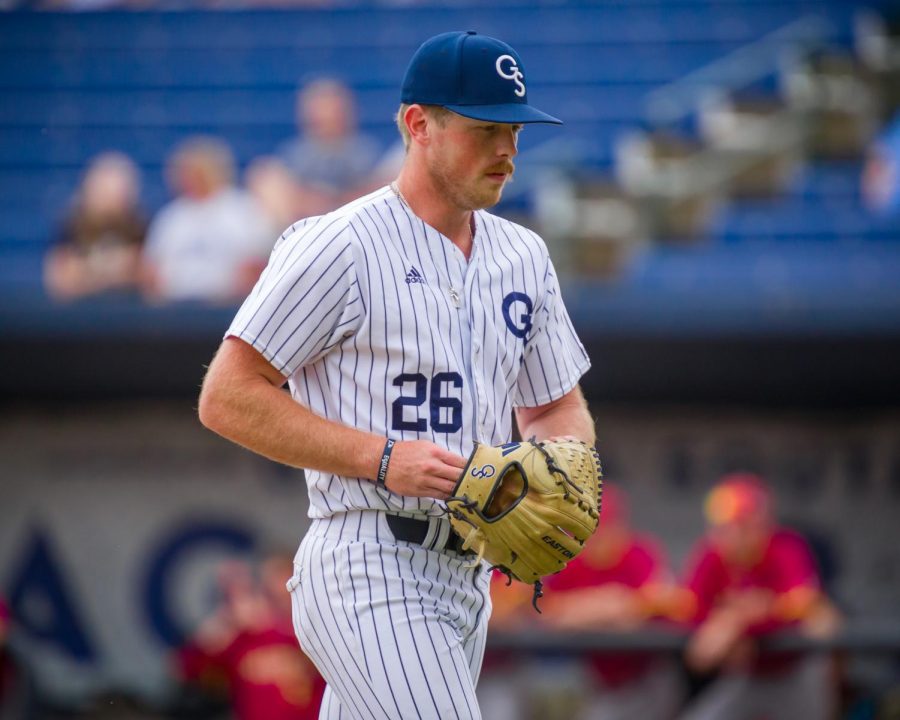 Just four days after letting an eight-game win streak slip away, the Georgia Southern baseball team was back in action on Wednesday night as they traveled to take on Kennesaw State.

The Eagle offense came out hot and found two runs in the first inning after an Austin Thompson single pushed Mason McWhorter and Steven Curry across the plate.

Curry found an RBI of his own in the second inning, which pushed the Eagle lead to 3-0.

The Owl offense quickly responded and scored five runs to take the lead after two innings.

In the third inning, a Jarrett Brown triple knotted the game at five runs apiece and a McWhorter home run in the fourth gave the Eagles a lead they did not relinquish. McWhorter has now hit a home run in four consecutive games.

GS found four more runs in the sixth inning and one more in the eighth to put the finishing touches on an 11-5 victory over KSU.

Thompson led the way for the Eagles on offense, going 4 for 4 and driving in four RBIs. However, McWhorter’s home run is what truly sparked the Eagle offense.

Despite Jaylen Paden getting the start, junior pitcher Jay Thompson walked away with the win on the mound. Thompson is now 3-0 on the season.

The Eagles now sit at 22-14 (9-6 SBC) on the season and are currently in third place in the Sun Belt’s East division.

GS will be back in action this weekend as they travel to take on the Oklahoma Sooners in a three-game series. First pitch is set for 7:30 p.m. on Friday and 2 p.m. on Saturday and Sunday. While the games are not televised, audio will be available on TuneIn radio at SportsTalk 99.3 FM.