GS grabs their eighth non-conference win of the season 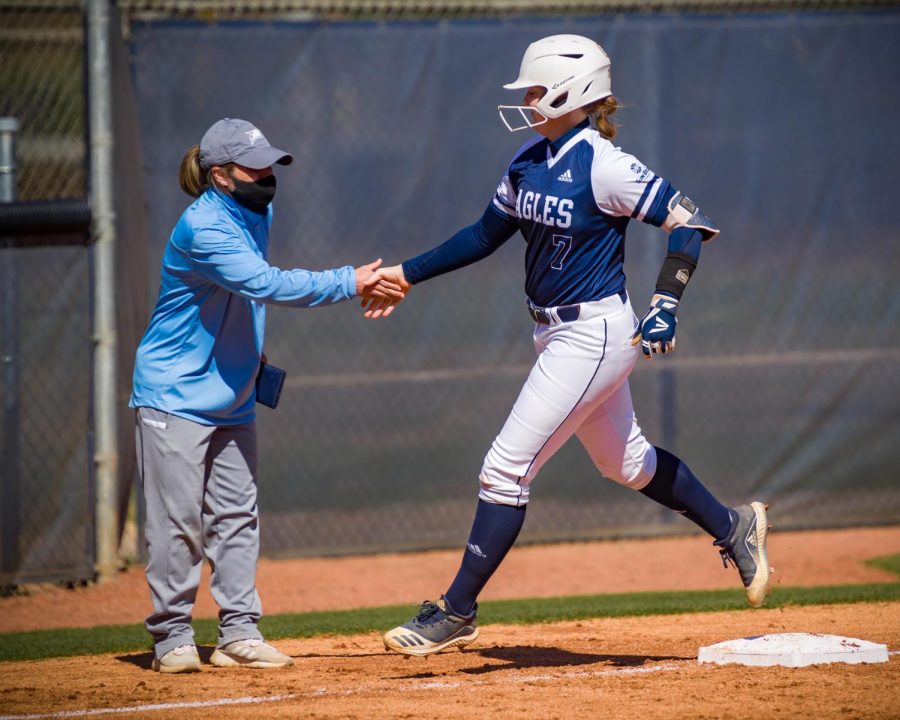 In perhaps their best all-around game of the season, the Lady Eagles took down Jacksonville University 6-0 on Wednesday night.

In a rare turn of events, Olivia Creamer stole home in the bottom of the second inning to begin the scoring for GS. An Alia Booth double and an Ashlynn Gunter single pushed two more runs across the plate during the inning.

Doubles by Faith Shirley and Madi Banks scored two more runs for the Eagles in the fifth inning. A wild pitch in the sixth brought in the sixth and final run of the 6-0 GS victory.

Seven different Eagles recorded at least one hit, while three ladies accumulated multiple hits. Gunter led the way with three hits and an RBI of her own.

Sophomore pitcher Aaliyah Garcia struck out six batters in five innings and pushed her record 4-4 on the season.

The Lady Eagles now sit at 11-22 (3-11 SBC) on the season and currently sit in ninth in the Sun Belt standings.

GS will be back in action this weekend as they travel to take on Texas State. First pitch of Saturday’s doubleheader is set for 2 p.m. and the series will conclude on Sunday at noon. All three games will be televised on ESPN+.