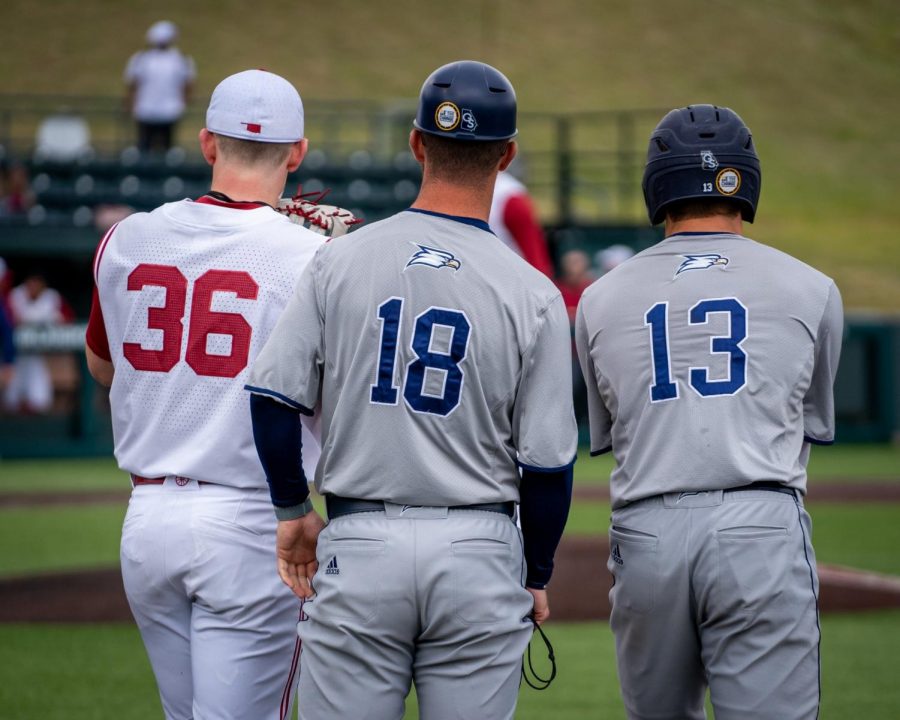 Already one of the hottest teams in the country, the Georgia Southern baseball team traveled to Norman, Oklahoma to take on the Oklahoma Sooners. The three-game series marked the end of a seven-game road trip for GS.

After Friday’s series opener was postponed due to inclement weather, the teams were forced to play a doubleheader on Saturday.

In game one, the Eagles put together a dominant defensive performance. Tyler Owens pitched a season-high seven innings and gave up just one earned run. Nick Jones pitched a dominant final two innings and recorded his 11th save of the season.

The second game of the day resulted in a hardfought 3-2 Eagle victory to clinch the series, which is the third consecutive series victory for GS.

Offensively, the Eagles accumulated just six hits, including two from catcher Matt Anderson. However, the GS defense stepped up and left 12 Sooners stranded on the base path.

Braden Hays got the start for the Eagles, but Ben Johnson walked away with his second win of the year on the mound. Jay Thompson pitched just one-third of an inning, but clinched his first save of the season.

After clinching the series on Saturday, the Eagles appeared fatigued on Sunday, which led to a 14-4 Sooners victory in just eight innings.

GS led 4-1 after the second inning, but OU scored 13 unanswered runs between the third and eighth innings.

Mason McWhorter and Steven Curry both accumulated two hits, but otherwise the offense struggled mightily. The eight hits were the most GS recorded all series, but the Eagles failed to convert on Sunday.

Jordan Jackson got the start on the mound, but gave up nine hits and five runs as his record fell to 2-6 on the season.

GS currently sits at 24-15 (9-6 SBC) on the season, which is good enough for second in the Sun Belt’s East division.

The Eagles will be back in action on Tuesday night as they host the Jacksonville Dolphins. First pitch is set for 6 p.m. and the game will be televised on ESPN+.