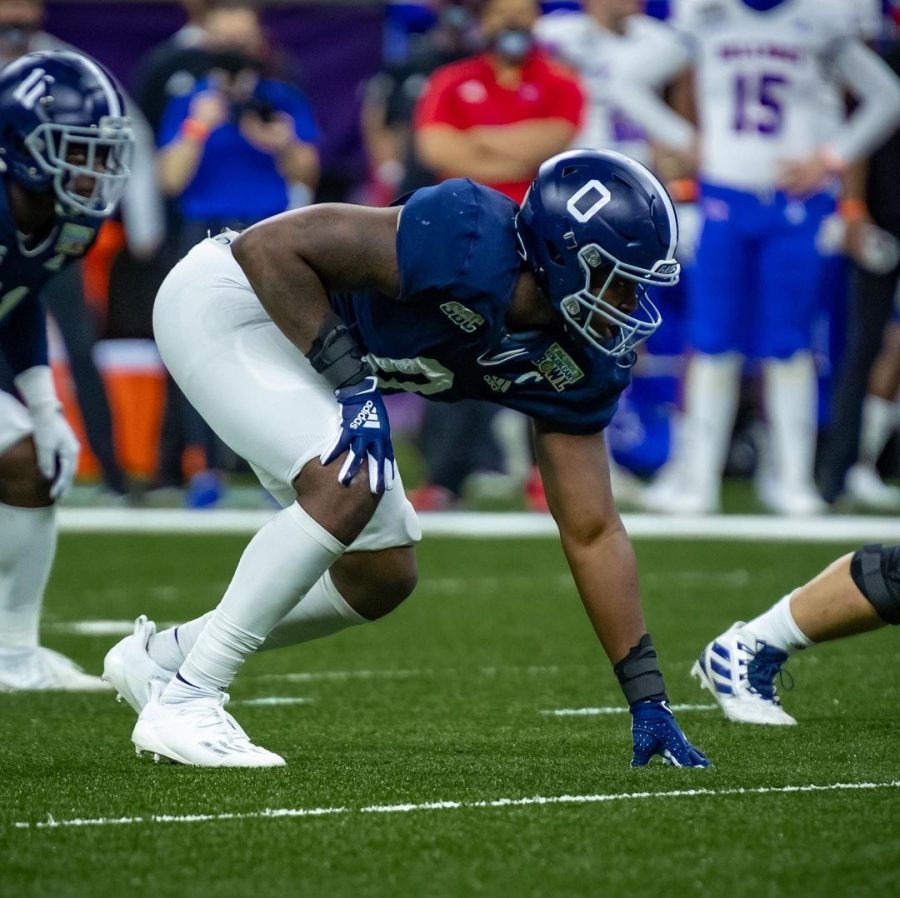 After months of zoom calls and constantly working out, the NFL Draft has finally arrived. Three Georgia Southern Eagles will anxiously await hearing their names called at the 2021 NFL Draft starting tonight.

While many top prospects will travel to Cleveland to attend the draft, hundreds of others will not be in Ohio. Instead, these prospects are holding their own draft watch parties.

“I’m planning on just doing something smaller with my family,” said former GS defensive end Raymond Johnson III. “Maybe get a bigger house, just so we can all fit in and watch the draft for a few days.”

“I’m probably just going to chill with my family, my girlfriend and my dog, can’t forget her,” said Byrd.

While Johnson and Byrd will not have to travel much to watch the draft and may even stay in Statesboro for the occasion, former GS long snapper Ryan Langan will trek over 1,200 miles back to his hometown of Riverside, Nebraska.

“I’ll just be chilling at home on a farm,” said Langan. “Just chilling with my parents and watching it, so nothing special, nothing too crazy.”