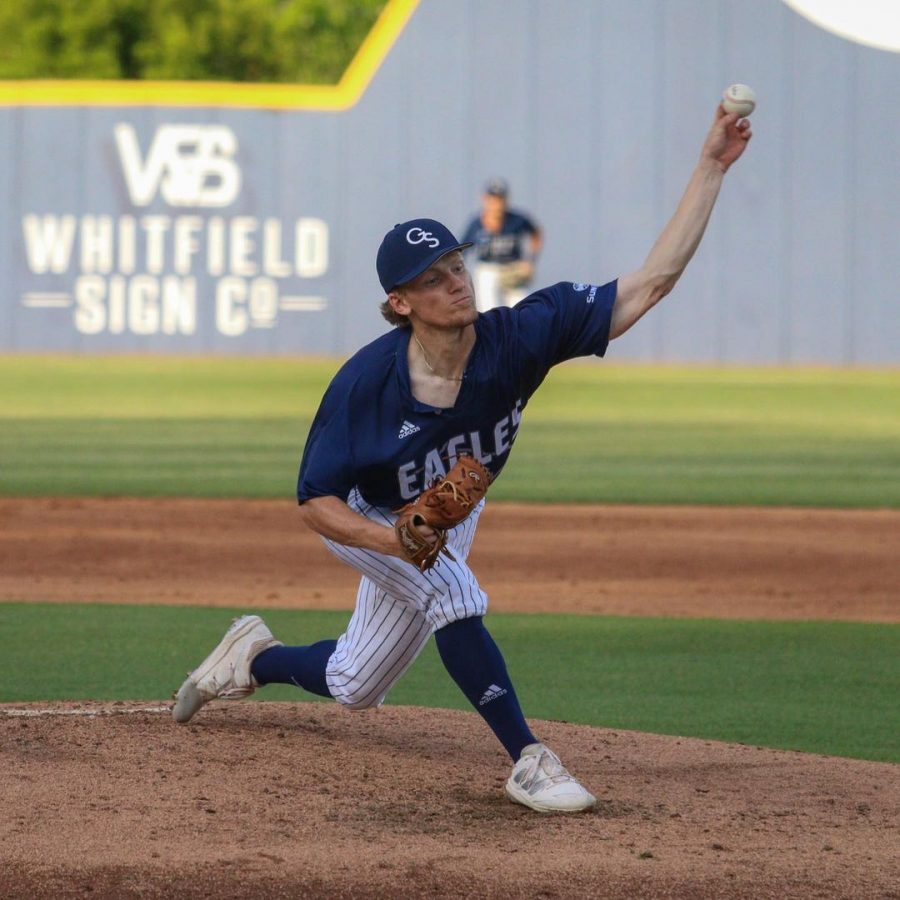 April has been a great month for the Georgia Southern baseball team. After winning just 12 games before April, the Eagles have captured 13 victories in just this month..

The GS hot streak stayed alive as the Eagles fought hard and took down the Jacksonville Dolphins 4-3 in a midweek affair.

Mason McWhorter got the party started for the Eagles with a two-run home run, his fifth home run in the past eight games.

However, Cory Heffron found a two-run home run of his for the Dolphins to even the game at two. The home run was only the fifth of Heffron’s college career.

Austin Thompson and Jaylen Paden each drove in a run of their own to push the GS lead to two runs entering the eighth inning. JU inched within one run, but ultimately fell short of a comeback victory.

Jay Thompson remained a perfect 4-0 on the mound for the Eagles and Nick Jones earned a nation-leading twelfth save.

GS currently sits at 25-15 (9-6 SBC), which keeps them in second place in the Sun Belt’s East division. Only South Alabama remains above the Eagles.

The Eagles will be back in action this weekend as they host the division-leading Jaguars for a three-game series. First pitch is set for 6:30 p.m. on Friday and at noon and 2 p.m. on Sunday. All three games will be televised on ESPN+.