Eagles go scoreless over the weekend 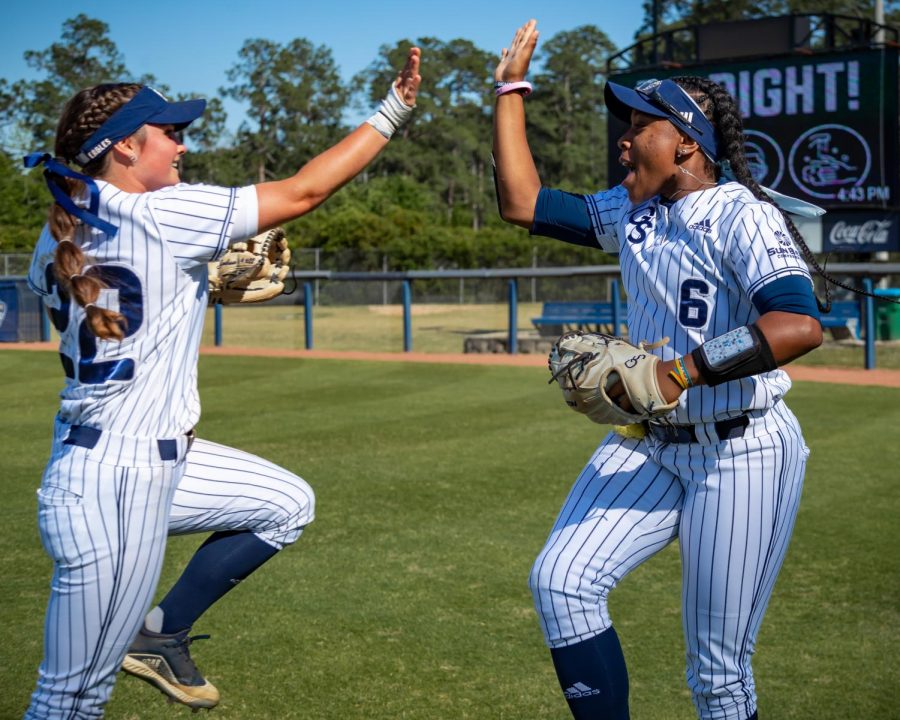 Over the weekend, the Georgia Southern softball team traveled to take on one of the best teams in the country: Texas State. The Lady Bobcats are 31-9 on the year and received votes to be in the most recent top-25 poll.

The Eagle offense was nonexistent, beginning with two-hit and scoreless game during Saturday’s first game. Mekhia Freeman and Allyssah Mullis were the only GS players to record a hit in the series opener. Ultimately, the Lady Bobcats walked away with a 7-0 win.

The GS defense proved to be stingy on Sunday and held the Bobcats to just a single run. However, the Eagles could not find a spark during the 1-0 loss.

Aaliyah Garcia recorded a loss during the first and third game of the series, while Rylee Waldrep logged a loss for the second game.

GS now sits at 11-25 (3-14 SBC), which puts them in ninth place in the Sun Belt with just under two weeks before the conference tournament is set to begin.

The Eagles return to Statesboro this weekend as they host South Alabama. First pitch is set for 5:30 p.m. on Friday, 2:30 p.m. on Saturday and 12:30 p.m. on Sunday. All three games will be televised on ESPN+.