Press boxes, fried chicken, deadlines and cosmopolitans: A five-year-long journey as told by a journalist who lived it 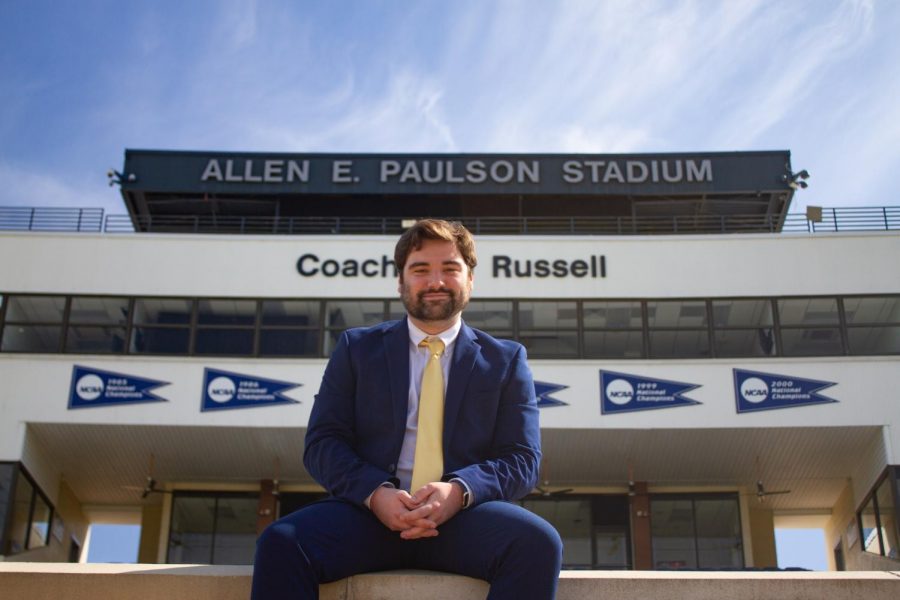 STATESBORO — Throughout the first four or five years of my journalism career, I’ve been offered hundreds of words of advice, but one piece of advice stood out to me.

Hammock, one of my first bosses back in the summer of 2018, told me this when I asked him what the word count was for a sidebar in Parkview baseball’s game 2 victory in the GHSA semifinals.

I took that advice and applied it to all of my work — whether that was a feature story on Anita Howard’s rise to a Division 1 women’s basketball coach, recapping Georgia Southern’s second-ever bowl victory in Montgomery or putting stories from Edwin Jackson’s family into words.

As a sports editor at The George-Anne, I never had a word count which drove our design editor, Becca Hooper, and Editor-In-Chief, Matthew Enfinger, crazy. On Monday’s when Hooper would ask for how long stories would be, I’d respond with a nonsensical answer that provided no real guidance.

She and Enfinger still somehow managed to present our stories in fantastic ways.

Another piece of advice that came to me early in my journalism career was from Casey Cargle, my first EIC at The George-Anne. He told me to write about what makes me happy.

As a wide-eyed freshman having not taken a journalism class, I strived to do just that. That was taken to the limit with using as much alliteration in headlines as possible and writing 1,000 words on the best Georgia Southern uniforms.

My first journalism professor, Gina Germani, showed me that not all journalism was happy and lighthearted. Over the four years I’ve taken her classes, she always reminds me to look deeper into stories and not be satisfied with a first take.

Another professor that was tough on me, but wanted me to be successful was Dr. Jennifer Kowalewski. When I was EIC in the fall of 2019, K guided me on stories that I was uncomfortable writing and working on. Surprisingly, she was correct sometimes.

Dr. Holly Cowart and Dr. Jeff Riley always believed in me and were people I could go to when I was struggling writing a longform feature or finding a source on something. Dean Cummings forced me to step out of my comfort zone and teach me the ways of broadcast journalism, which he claims will be helpful for me in the long run.

In the fall of 2017, I served as assistant sports editor under sports editor Thomas Jilk. Award-winning journalist Jilk let me tweet from the sidelines during a tumultuous football season until my phone died, and we had to camp out at Chipotle for three hours charging our phones.

That same fall, I was introduced to my first ~professional~ boss Mike Anthony, covering high school football for the Statesboro Herald. Anthony trusted me, a 19-year-old kid with a man bun, to take my own stats and meet a deadline, which I always met.

Over the span of the three years of working at The George-Anne, I had the opportunity to work with incredible writers, editors, photographers, gamers, music critics, foodies, artists, Gleeks, heavy metal fans, Georgia fans, broadcasters, bartenders, politicians and even an Instagram blogger.

It was a melting pot of different backgrounds and personalities all there to produce a product each week that was for the students, for the community and for anyone else that was desperate enough for a free coffee on Thursday mornings to take one. And on Fridays, we would go to Gnats, order pitchers, order cheese sticks, play games, order another pitcher and just enjoy the simplicity of life.

It may be cliche, but between that room in the Williams Center, on the patio at Gnats or whenever we were together, things just felt good.

Luckily there were people outside of Statesboro that believed in me and wanted me to succeed. Between bugging Brian Paglia to allow me to write for my hometown paper, talking with Mike Foster and Patrick O’Shea about Northwest Georgia prep sports and Brett Fowler, Ethan Joyce and Gabriel Stovall providing me guidance and opportunities, I was blessed.

Through different conferences and the power of Twitter, I’ve had the fortune of meeting journalists and sportswriters from Washington D.C. to Seattle. The network is strong and thanks to COVID for giving us an excuse to drink at 4 p.m. Eastern on a Monday in May 2020.

Journalism and writing was a huge part of my time in Statesboro, obviously, but I had so many wonderful relationships that went beyond the press box. Dr. Todd Deal and Jodi Kennedy were like parents who were always there to listen and just point me in the right direction.

I owe so much to BUILD, Miracle and freshman dorming for giving me some of my best friends who continue to amaze me. This chapter has been long, tiring, rewarding, thrilling, scary, wonderful, but it’s time for this to end.

Upon graduation, I will be heading home to Atlanta as a summer sports intern with the Atlanta Journal-Constitution and am honored for another opportunity to learn from one of the best papers in the country. I’m not too sure what comes after that, but I’m ready for it because of all of you and I promise to keep writing until the story is finished.